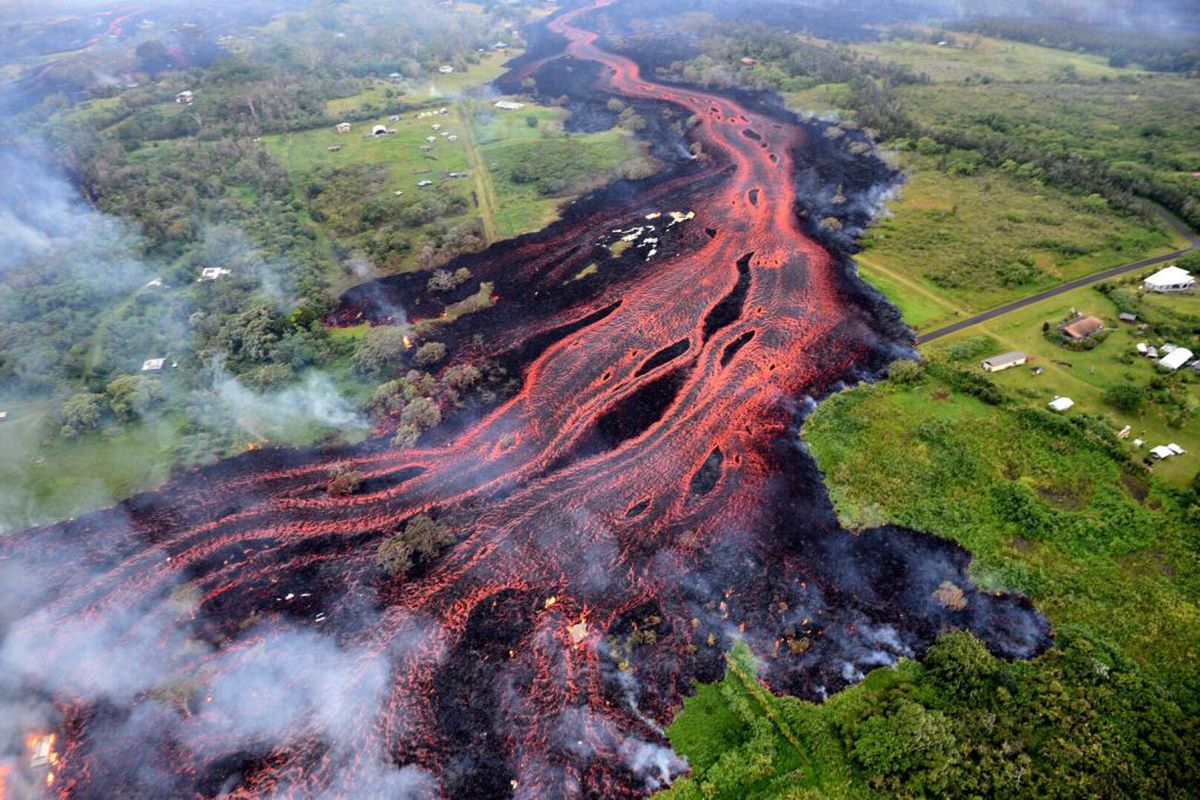 Exploring and teaching the impacts of the 2018 Kīlauea Volcanic Eruption

This summer, as the Science Communication Assistant at Hawai‘i Volcanoes National Park (HAVO), my main task is to create and develop a curriculum for K-12 schools across the islands of Hawai‘i. The curriculum will address a major volcanic event that occurred last year in 2018, the eruptive activity of Kīlauea Volcano.

To briefly summarize, the volcanic events I am addressing are a series of explosive, dramatic eruptions from Kīlauea Volcano that immensely impacted the geology, natural resources, and community of the Big Island (the youngest island in the chain of Hawaiian Islands). It is important to note that the eruption was not what people typically imagine a volcanic event to be. It was no Mount Vesuvius or Saint Helens eruption, where volcanic pressure built up and exploded from the cap of the volcano in a gush of ash and lava. Kīlauea Volcano has been continuously outputting volcanic activity for the past 30 years. At the summit of the volcano is a caldera (a large crater formed by previous volcanic eruptions) and within that caldera, there was a lava lake. The lava lake was one of the top attractions for visitors, and ebbed and flowed with lava for decades. Additionally, the Pu’u Crater, one of the release vents from the main magma chamber, had continuous eruptions.

In early May, 2018, Kīlauea’s lava lake suddenly drained completely. For days, nobody knew why the lava drained from the lake and importantly, where it would appear. On May 6th, the island experienced a magnitude 6.9 earthquake and a few days later, the lava burst from the ground, far from the park and into various neighborhoods. In the following weeks, the floor of the Kīlauea caldera dropped thousands of feet, causing more earthquakes.

This volcanic event occurred for around 3 months, only ending in August. In my previous blog, I explained that Hawai‘i Volcanoes National Park is located near the summit of Kīlauea Volcano, which means that any volcanic activity there directly impacts the park. The volcanic activity from 2018 was of no exception. The park was forced to close for over 3 months and suffered much infrastructural damage. Over 80,000 earthquakes shook the island in total, with people feeling over 20 to 30 earthquakes every day. Over 700 homes were destroyed and millions lost in monetary damage due to the lava.

The 2018 volcanic events from Kīlauea were dramatic and harrowing, but also solidified community bonds and support for one another. The purpose of this curriculum is to combine geology, natural resources, and Hawaiian culture into a comprehensive unit to effectively teach what happened to elementary schools and higher. We have been busy at the park researching and understanding the science of what occurred, as well as interviewing community members and hearing their experiences. In solidarity for the people of Hawai‘i who were affected by this event, I am hoping to create a resource that will help people understand and learn from the past in order to create a better future.