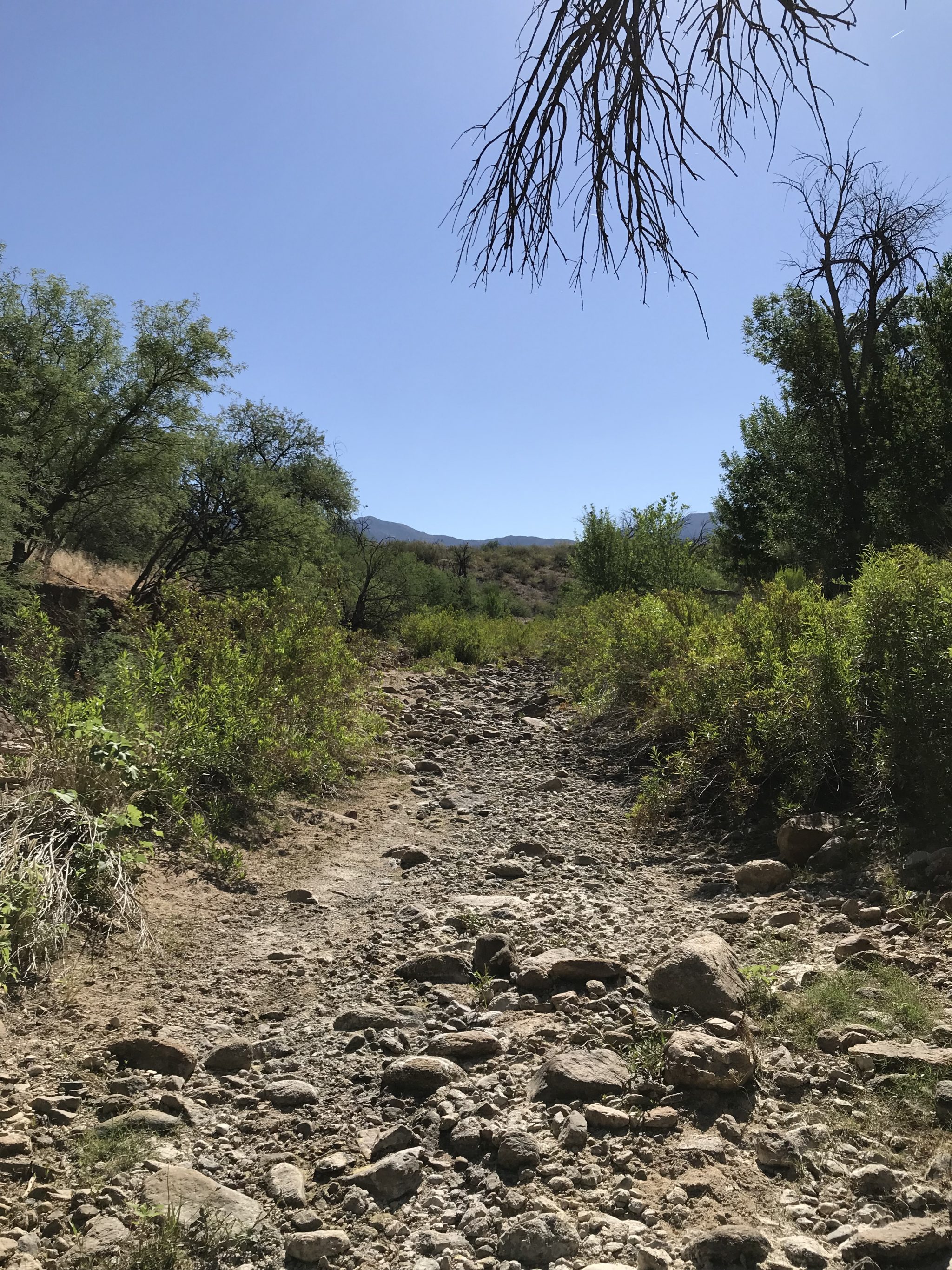 We met at 5 A.M., and have been hiking since 6, scrabbling up Madrona Canyon’s rocky drainages. Madrona Canyon is in the park’s Rincon Mountain District, which has a higher elevation (Mica Mountain, at 8,664 ft., is the highest point) than the Tucson Mountain District.  I can just make out the back of Saguaro’s botanist as he disappears over a cliff, while the other intern and I hurry to keep up. Unfortunately, we’re surrounded by shin dagger, a type of agave, which is common in the park. The plant has extremely sharp, dagger-like leaves, which easily go through any clothes and body parts that accidentally land on top. Needless to say, our movements are careful and slow going. Despite the occasional jab in the leg, I’m having a great time. After all, how often do you see water in the middle of the desert?

All around me, tinajas, which means “small jars” in Spanish, dot the landscape. Tinajas are small pools of water in bedrock. Some are full all year round, others only seasonally. They are refilled from rains (such as the monsoon season), springs, and groundwater. Tinajas are a crucial source of water for many plants and animals, especially during the extremely hot, dry summer months. Saguaro’s biologists, biotechs, and interns closely monitor the parks water resources, like tinajas and creeks, every year. This morning, we’re here on one of these surveys. At specific tinajas, we record flow, location, water level, whether the tinajas are connected to each other by water, and the presence of lowland leopard frogs.

Lowland leopard frogs are a species of concern, and the park has been monitoring them since 1996. I’ve seen quite a few of them this morning, both tadpoles and adults, swimming in the tinajas. It’s very difficult to get close to them, because they quickly leap away. Adult lowland leopard frogs, which are light brown with slightly darker spots, are relatively easy to spot. Canyon treefrogs are a different story. While they’re not a species of concern in Saguaro, we’ll note their prescence on water revisits. Canyon treefrogs are smaller than lowland leopard frogs, and change their color to match the bedrock. They’re very hard to spot at first, but once you do, you see them everywhere! They like cramming themselves into small, shaded cracks in the bedrock above tinajas. Hiking in temperatures over 105°F while carrying a heavy pack, all the while dodging needles, thorns, and spikes from all the friendly plants – I think it’s worth it!