The spirit of aloha embodies kindness, welcoming, and generosity.

Pu‘uhonua O Hōnaunau is a Natural Historic Park on the Big Island, located a couple hours from Hawai‘i Volcanoes National Park (HAVO NP). It was a place of refuge in the past for those who had broken a law in old Hawai‘i, where they could escape from death and be saved. I went to its recent cultural festival with Jody, my supervisor, and had a great experience. Walking into the park, we saw rows of hale huts and different crafts activities located in each. Hale huts are a traditional Hawaiian building made entirely from thatched grass and fronds They can be used for many purposes, including use as sleeping and living quarters for families, use for special ceremonies, and even changing rooms for hula dancers. In this case, they were used to host different Hawaiian cultural activities.

As we explored hale after hale, we were able to talk with the staff, who were also dressed in traditional Hawaiian wear. In one, we made anklets!

Jody and I were able to sample wana (sea urchin) and sugarcane. I enjoyed chewing on the starchy sugarcane and tasting the sweet juice, but wasn’t a huge fan of the wana because it had a runny texture. Full disclaimer though, everyone has their different tastes and in a future context I would definitely try wana again. Despite my dislike for the wana, I was amazed by the experience. They were prepared right in front of us – fresh wana from the ocean and a man aggressively chopping sugarcane.

The grand finale of the festival was a demonstration of ___, which is a traditional practice that Hawaiians used to catch fish for the village. A giant rope of woven ___ is slowly brought out to the ocean, forming a barrier on the top of the water. Swimmers hold sections of the rope and tread water, and as a group, the swimmers cut off the cove with the rope and slowly begin to swim towards the shore. From my understanding, the fish see the rope floating on the surface and panic, thinking they cannot escape.

As the swimmers gradually come closer to the shore, the fish believe they have nowhere to go and swim with their schools in tighter and tighter circles. When watching the ceremony, I could see at least a hundred or so fish enclosed. When the circle is tight enough, people on the land cast circular fishing nets that catch the fish. Because this was just a demonstration, the nets were not cast and the fish were not caught. It was an enlightening experience and really showcased the brilliant ideas of Hawaiians in the past.

We saw many other fun activities during the festival, such as tug-o-war with traditional woven rope, net casting, dancing, and more. Pu‘uhonua O Hōnaunau, I’ll be back!

MyLynn is currently pursuing a B.S. in Community and Regional Development and minors in Education and Religious Studies from the University of California, Davis. When she is not getting hopelessly lost in the wilderness during her backcountry excursions, MyLynn can be found flameworking reusable glass straws at her University Craft Center or picking flowers bouquets at the Student Farm. She is passionate about sustainability and environmental justice, and hopes to become an advocate for environmental protection through future involvement in governmental policy and legislation. Currently, she works as a Resident Advisor in the student dormitories, where she mentors and guides incoming first year students at UC Davis. MyLynn’s experiences gained from working with and serving the community around her has encouraged her to continue a career path centered around people and the natural environment.

Interview with an NPS Scientist

Working at Glen Canyon National Park I’ve had the opportunity to meet dedicated scientists from all parts of the country. During our long days out in the field, I enjoy listening to their past adventures Read more…

As I mentioned in previous posts, I have spent most of this summer teleworking from my home in Fairbanks. My main project has been to develop a video about the conservation of Yellow-billed Loons, specifically, Read more… 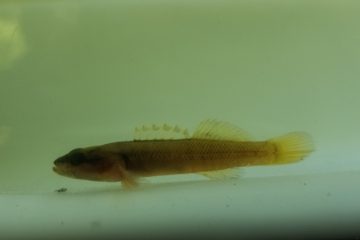 Another Day, Another Species

Most of my summer here at Great Smoky Mountains National Park has been spent doing fish population surveys using the 3-point depletion sampling method. As I have said previously, this sampling method works wonderfully on Read more…