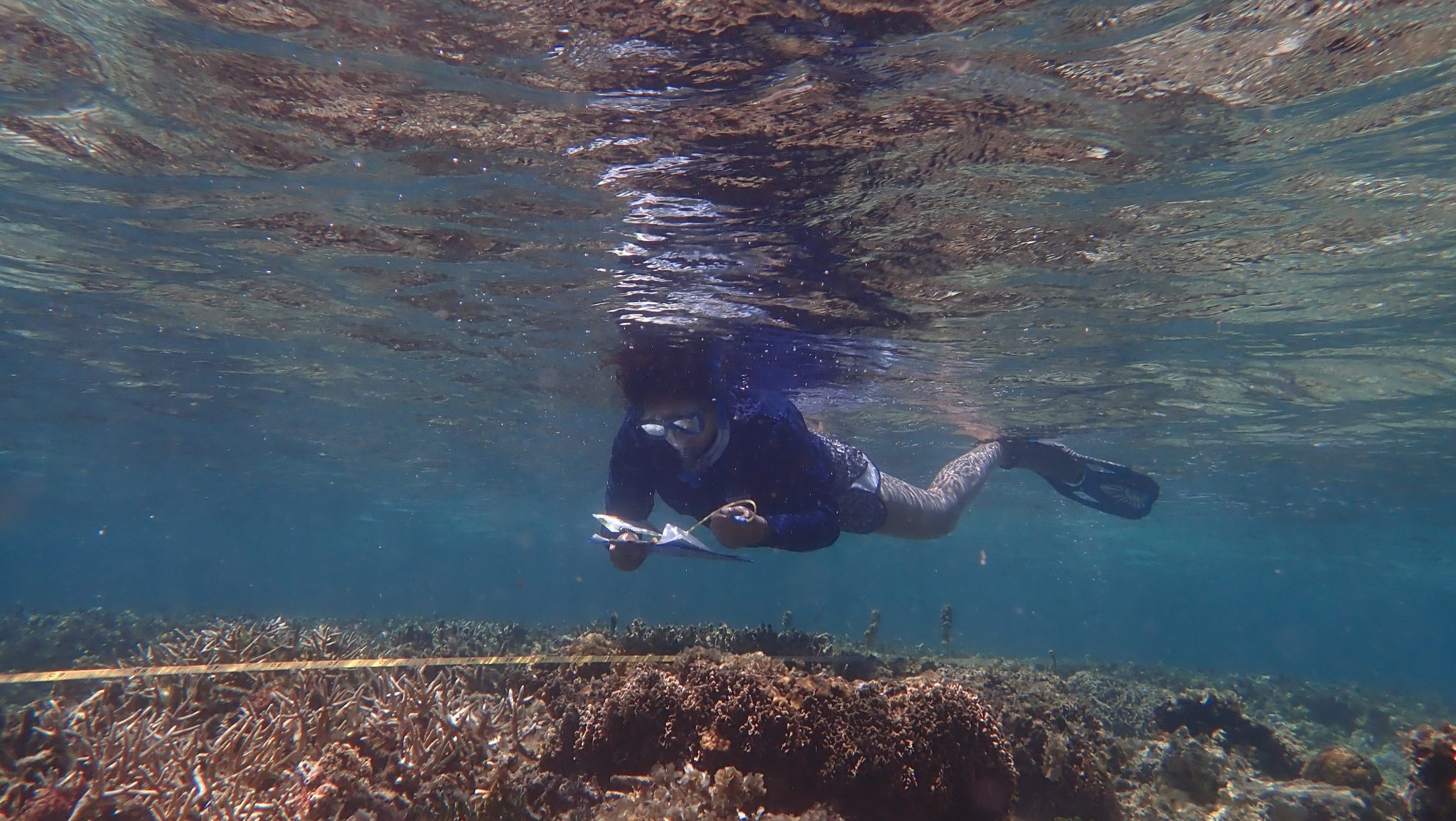 Last week I received an email from a former internship supervisors, who are the Friends of Reefs (FOR) Guam program coordinators. It was about helping out with the FOR Guam community monitoring event. This event focused on conducting surveys and the removal of macroalgae. What made this event special for me was that the methods being used were the same methods I used in previous projects when I was an intern under the Friends of Reefs Guam program. However, the removal of macroalgae was a new method I piloted during my internship in 2018.

My project for this program focused on creating a baseline of measurements on the marine life in a nearshore coral reef community located in the Tomoge reef flat found in the Geus watershed, which is located in the southern end of Guam. The methodology focused on taking benthic and macroinvertebrate surveys, the removal of macroinvertebrate by hand, weighing of the macroalgae removed, and then conducting follow-up surveys after the removal to determine the effects of the algae removal. The results were that there was a significant increase in fish abundance and diversity in the areas that macroalgae was removed. My project focused on the removal of brown macroalgae due to its abundance and tendency to grow on coral. In the end, my project was able to provide information that can be used for a potential long term monitoring program of the Tomoge reef flat area.

For this monitoring event, we monitored and removed macroalgae is located in Adelup, which is located in the central part of the island, along the west coast. Four 25m transects were laid out and we separated us into small groups. Each group had about three people. Two individuals focused on benthic cover surveys using a quadrat, while the other individual conducted the macroinvertebrate belt survey with a one meter rod. After we finished the surveys it was time to remove the brown macroalgae. As we were removing the algae, I noticed the same results that I observed for my project. When a patch of algae was removed, small fish could be seen coming in to eat the small fragments that were left behind and/or floating in the water.

We were unable to remove all the algae from all four transects due to the time. However, I think that the surveys taken and algae removal has provided a baseline of data to establish this area in Adelup to become a site for future monitoring and macroalgae removal.