How’s Living on a Volcano? 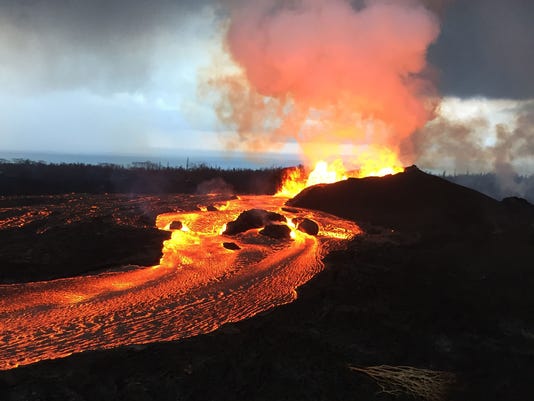 Volcanic life is exciting. It’s grandiose and spectacular. Every morning, I feel grateful to walk outside and witness a true phenomenon, seeing how these islands that I am walking on have been born of fire, born of the sea.

The most common question asked at the Visitor Center is, “Where can I find the lava?”. Most visitors are disappointed by the answer. Currently, there is no active lava on the island. Kīlauea Volcano has been inactive since mid-2018, and nobody knows when volcanic activity will resume.

However, there is evidence of previous volcanic activity everywhere. Old lava flows from the 1800s stain the land, glimmering Pele’s hair is scattered in rock crevices, a’a (rough lava) and pahoehoe (smooth lava) along hiking trails. Even deep in the rainforest, life only flourished in stages, with the first plant species having to grow on the barren lava rock.

The park’s visitor center (Kīlauea Visitor Center) is located on the top of the summit, near the caldera (a crater caused by previous volcanic eruption). The volcanoes of Hawai‘i are unique because they aren’t formed by tectonic plates pushing against each other, but rather from a hot spot in the center of the Pacific Plate. Kīlauea volcano is a shield volcano, which means that its volcanic activity is generally slower and more “ooze”-like compared to volcanoes located on tectonic plate boundaries. Although most of Hawai‘i is pretty hot and humid, the park is located 4,000 feet in elevation. The air is cooler and less humid in the park compared to the rest of the island and weather is a typical reflection of a rainforest – usually raining. Much wildlife lives around the park, including nēnē geese and kalij pheasants.

So generally, I’d say life on the volcano is pretty epic. If you ever have the chance to visit Hawai‘i and are on the Big Island, definitely stop by Hawai‘i Volcanoes National Park.