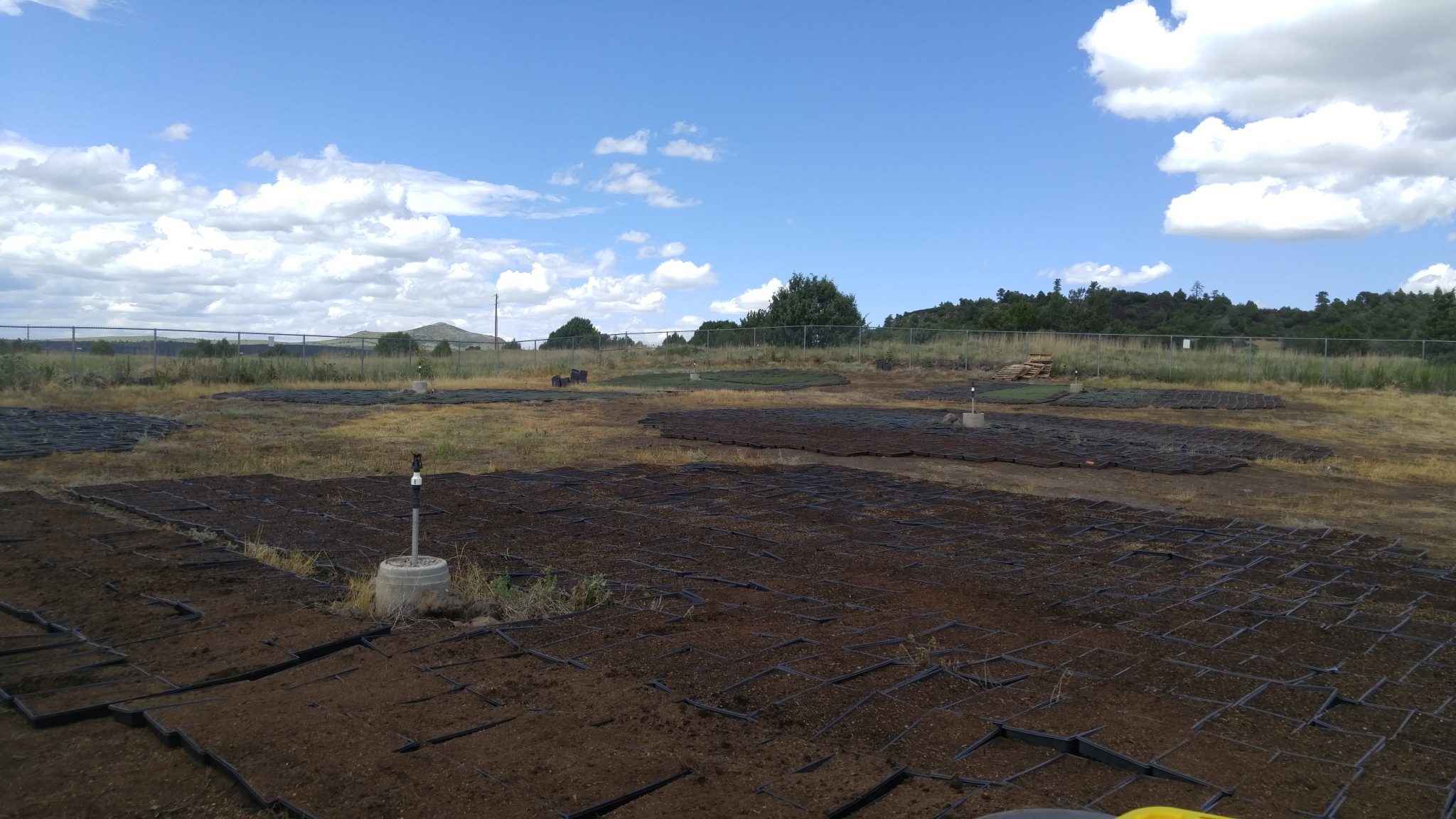 I know that I’ve talked about the volcano before, but I don’t believe I adequately described what it’s like, physically.  It’s basically a mound of cinders and loose rocks.  It’s not nearly as solid as, say, the Rocky Mountains.  That means it erodes very quickly (geologically speaking).  Now, we don’t want that to happen; we’d like for the volcano to be as stable as possible.  And how does one stabilize so much loose rock?  They plant grass or other plants on it, and lots of them.

Enter natural resources.  For the past several weeks, pretty much any down time the resources crew (and plenty of dedicated time) had meant one thing: sod trays.  Our calendar, until last week, was adorned with “sod trays forever J.” Over the course of the past month or so, the two-person resource team plus me filed 12”x6” trays with soil, seeded them with a mix of native grass seeds, and covered them up with soil.  We had some help sometimes, including a weekly summer camp group from a local retreat center, but all told the three of us (mostly the resource team though) planted some 4000 trays.  Yes, 4000.  Those trays will be planted in target areas by a crew come fall, once the grasses have grown more.

We were kind of on a time-crunch, so it was extremely rewarding seeing the grass start to come up around our first little crop circle a couple of weeks ago.  We were nervous before then that they wouldn’t grow.  But our little circles of grass around their respective sprinklers that spit reclaimed water have started to turn from brown to green, which is great.  Also, the kids from the retreat center were always so enthusiastic and such a huge help.  I never would have thought that anyone could enjoy filling trays with dirt as these little kids did, but they proved me wrong.  They managed to fill about 300 trays in about 45 minutes one week, which is just fantastic.  I’m glad they’ll be able to see the fruits of their labor once the grass is planted on the mountainside. 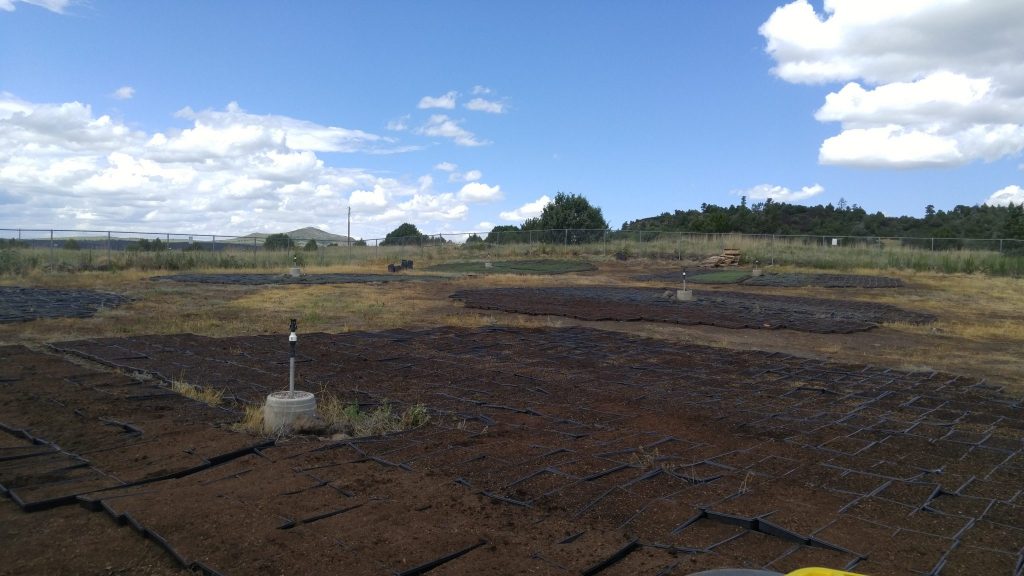