On the Northeast Invasive Task Force 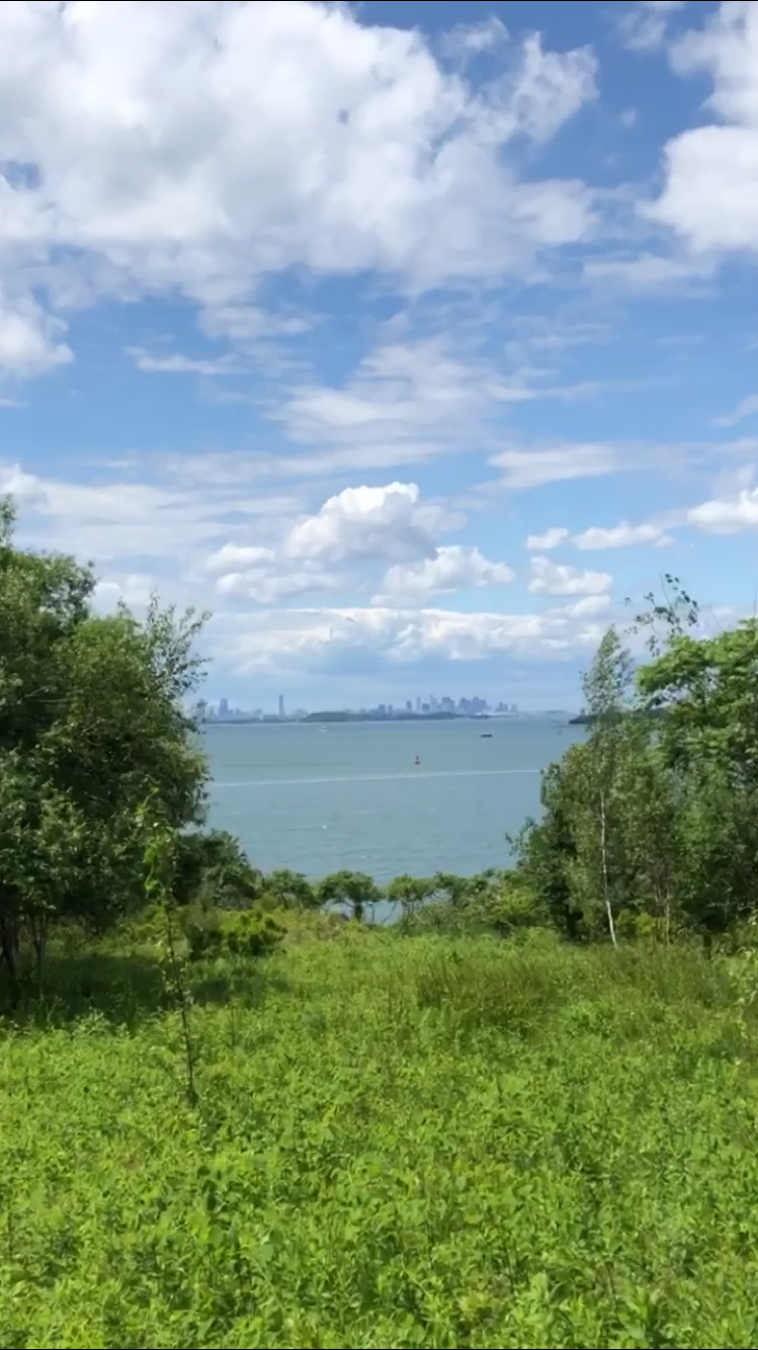 If there’s one thing that I’ve picked up on while working at Minute Man it’s how to spot an invasive plant around the park. After going to Grape Island in the Boston Harbor and picking mile a minute for a day I now see it in my sleep. Getting to Grape Island was a journey in itself. To get to this uninhabited, beautiful fifty-four acre island tucked away in the Boston Harbor I took a combination of trains, ferries and speedboats. I hopped on the earliest possible train on Fitchburg Commuter line from my home base in Concord, MA. I left the station at 5:30am with and arrived at North Station in Boston at about 6:10am. From there, I’d walk from North Station to Rowes Wharf where I would catch the ferry. It was when I stepped outside North Station that I realized that I forgot my lunch! I stopped at the Boston Food Market just as they were opening to see what would be easy enough to bring with me to the island. There was a small pop up shop was selling apples which looked delicious. It turns out that I was their first customer of the day, and to my surprise there was a promotion where the first customer every day gets a free half dozen of fresh maple sugar donuts with any purchase. And so with a box of sugar maple donuts and two apples I was on my way to Grape Island. We met with the rest of the Northeast Invasive Task Force, about ten other environmentalists, at Rowes Wharf and set sail towards Weymouth port, and from there we hopped on the environmental police speedboat towards Grape Island.

Our goal was to remove as many mile a minute [persicaria perfoliate] vines which were quickly killing out other species in the herbaceous layer all over the island. Mile a minute vines work by crawling up natives plants and growing leaves so dense it can smother the host plant and prevent it from receiving any sunlight. It can grow six inches per day, and with its spikey leaves and vines they can climb straight up a tall branch. Luckily the mile a minute vines  were easy to recognize by their triangular leaf, and didn’t root very deep so we could easily yank the entire root out of the ground with one pull.

A great part of the trip was the view we got to take in during lunch. The park had the perfect view of the Boston seaport which we could look at from benches at the top of the island. When we finally finished our work for the day and started cleaning up, I took my gloves off to find three ticks racing up my arms. Even though we wore promethium bug spray and long protective sleeves, those smart ticks found a way to crawl into the one opening I had in between my gloves and my sleeves.

Since this adventure on grape Island I’ve spend a lot of time managing the invasive in my own park. Every Tuesday and Thursday we have a volunteer crew join us at Minute Man to pull Japanese knotweed, milkweed and black swallow wort. Since our park is on the river, we get plenty of these invasive washing up on the riverbank and finding their way up through our park gardens. We’re currently working with the Northeast Invasive Task Force to run tests with a beetle, aphalara itadori, that only eats knotweed which we could spread throughout the park. When the knotweed dies off so does the beetle, or so we think. We’re about three years away from doing enough research to get the plan approved, but it’s a start!