Peregrines in the Pines 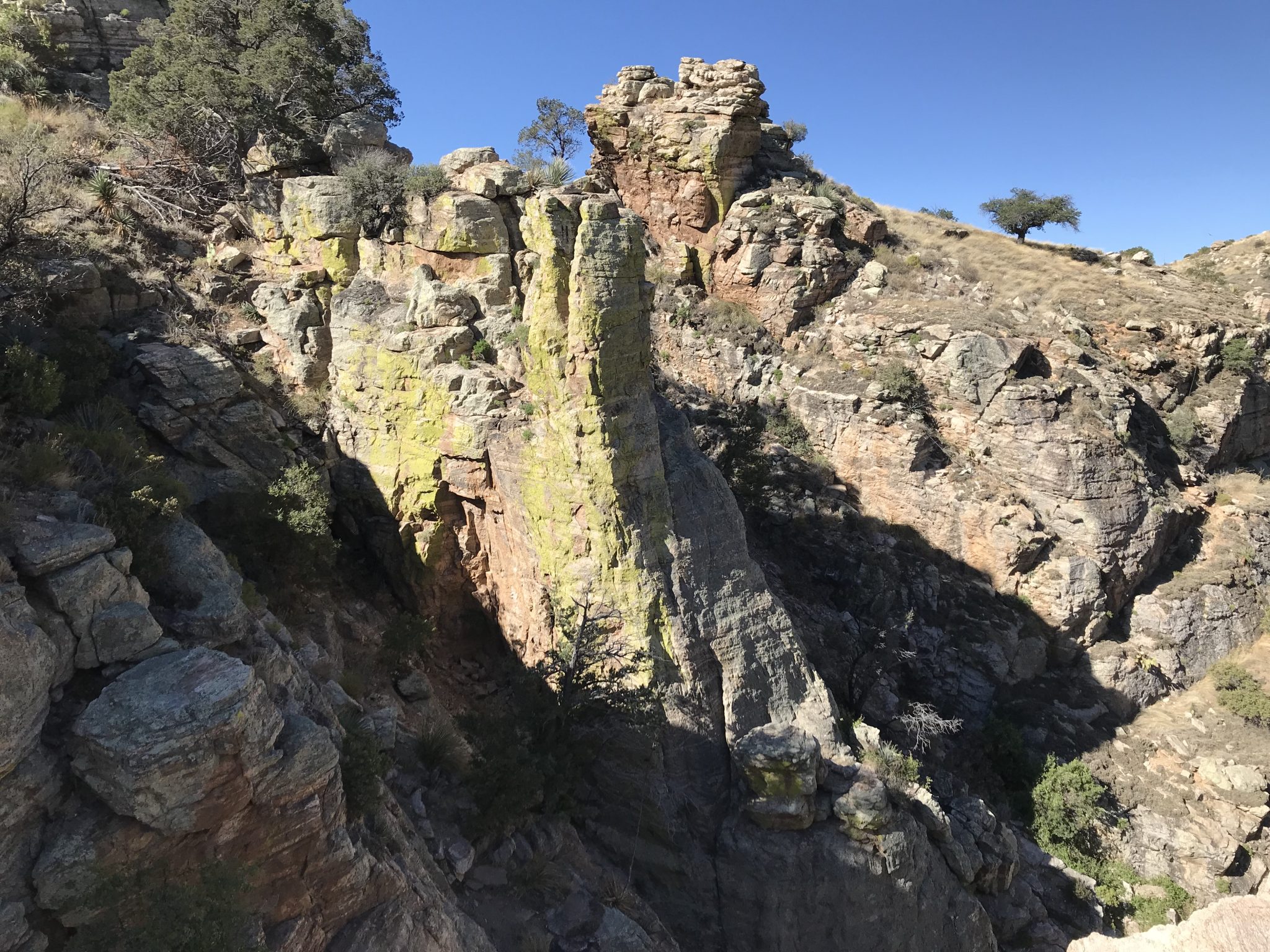 15 Aug Peregrines in the Pines

We walk into an aspen grove, and I start grinning. Aspen trees are everywhere near my home in Minnesota, and I fell in love with how their leaves flutter in the wind. Aspen trees are a great indicator of water, as their roots utilize it just below the surface. Their presence reminds me we’re no longer in the desert, but 8,000 ft. in elevation in the Rincon Mountains, near Manning Camp.

Commissioned by Levi Manning, Manning Cabin was built on a 160-acre plot of land in 1905. He and his family spent their summers here farming, escaping the heat below for the cool ponderosa pines. Today, Saguaro’s biologists conduct systematic surveys in the surrounding area, searching for cultural sites, invasive plants, and surface water. Researchers and graduate students also come to Manning from all over for their projects, particularly climate change studies.

Manning Camp used to be on Forest Service land from 1907-1940, until it became part of Saguaro National Monument (eventually Saguaro National Park). It’s about 8 A.M., and I’m with a park ranger and a biologist following an old Forest Service trail. The trail is elusive, winding underneath ponderosa pine needles. We’ve forgotten our GPS, which maps the route, and are relying on memory and subtle dips in the forest floor to find the trail. After a lot of bushwhacking, the pines part into a small clearing. A huge boulder looms above us. We find some shade, pull out our snacks and binoculars, and wait. 10 minutes later I hear a sharp cry. A peregrine falcon dives in front of us, landing in a small cave above. I excitedly aim my binoculars to the rock, and count 1…2…3! baby peregrine falcons scrambling over each other in a nest.

Peregrine falcons are one of the fastest animals in the world, and adults can reach up to 240 mph when diving. They almost went extinct in the mid 1900s from exposure to the pesticide DDT. Since the U.S. banned DDT in 1972, the peregrine falcon populations have become stable. Although no longer endangered, Saguaro still monitors their populations in the park.

We watch the family above for awhile, before shouldering our packs. Now…how do we get back again?