A Mammoth of a Cave 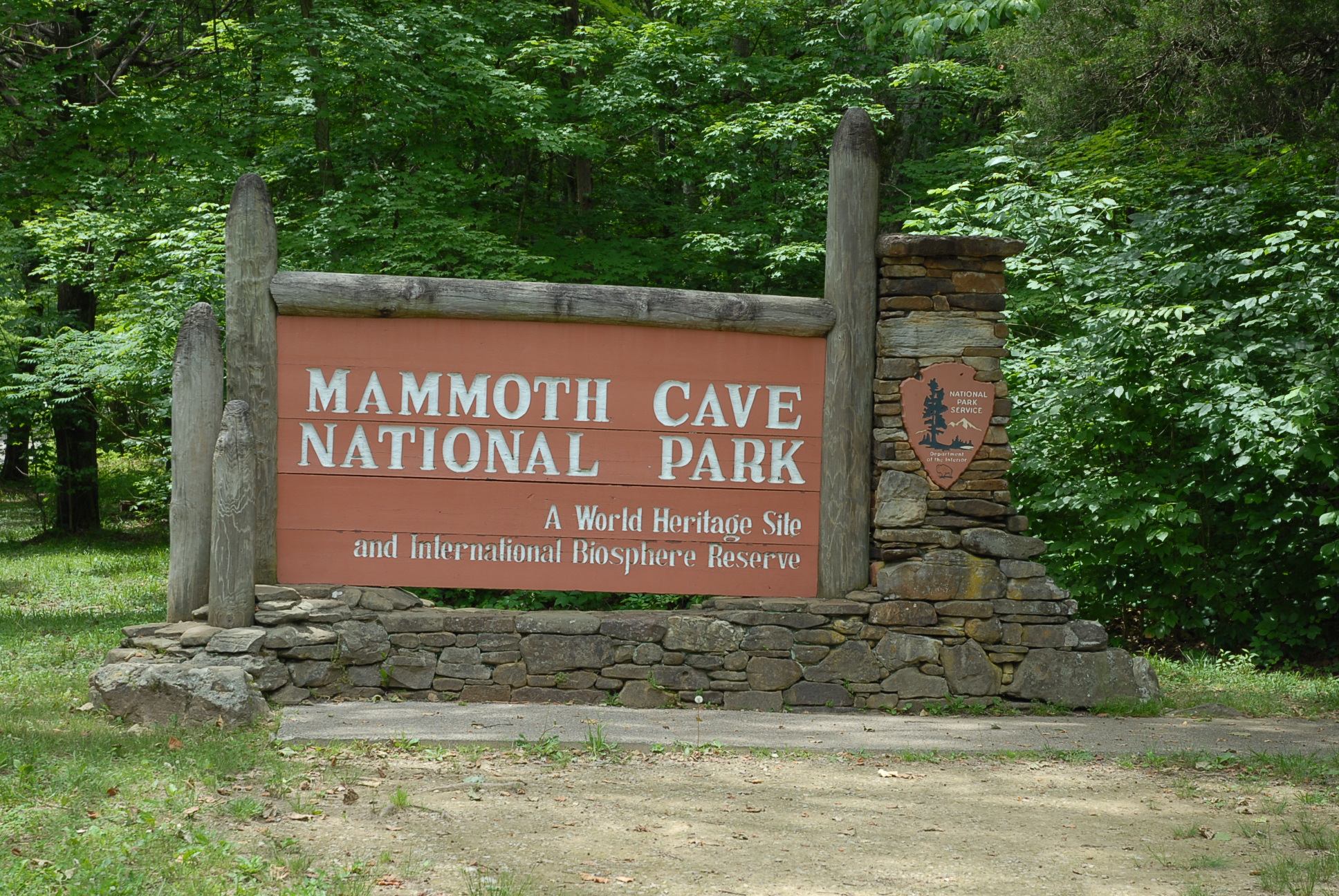 If you didn’t already know, Mammoth Cave is part of the longest cave system in the world. Together with the caves of Flint Ridge and a few more systems, the passages are well over 400 miles and counting. Additionally there are 400 minor caves within the park boundaries that do NOT connect back to Mammoth. Most of these caves are small and span between tens and hundreds of feet. While these individual caves may not all be connected via human-sized passages, they are at the very least hydrologically connected through conduits hollowed out in the bedrock. Before you ask, no, Mammoth cave does not contain mammoth fossils, nor is it named after woolly mammoths. The name comes from how large the passages are.

Although Mammoth Cave National Park was officially established on July 1, 1941, the region has a complex history of use and settlement that begins as early as 3000 BCE. You could write volumes on the local history, but I’ll just give you a highly abbreviated synopsis. The earliest evidence of human activity is from artifacts and human remains, including mummies, found in various caves and sites throughout the park. The caves served several purposes including shelters, funerary sites, and sources for gypsum. Around 500 BCE, it appears as though the paleo-indigenous people stopped using the cave entirely. Experts have postulated that a large cultural transition, such as a switch to more agrarian lifestyle, may have been the reason the caves were largely abandoned, but no concrete evidence exists at this time. Fast forward to the early 1800s when early American homesteaders had been settling in the region. Mammoth Cave’s historic entrance became the site of a saltpeter mine utilizing slave labor. Nitrate-rich dirt was dug and washed with water to leach out the minerals. When the mining operations became unprofitable, the caves were sold off and turned into a tourist attraction.

1838 marked the arrival of Stephen Bishop, a tour guide and slave, who discovered many new rooms and passageways, including being the first person to cross through an area aptly named the Bottomless Pit. The mid-1800s to the early 1900s marked the Kentucky Cave Wars. This was a period of public excitement of caves in this region marked by exploration and fierce competition between cave owners over tourism. By the 1920’s, there was a huge push for Mammoth Cave to become a national park. The only problem was that most of the land here was privately owned. Congress couldn’t justify purchasing huge swaths of land, so in 1926, it was declared that if enough lands were donated to the federal government, it would be designated a national park. When the minimum threshold of 45,310 acres was reached, Mammoth Cave National Park was officially established. Since then, the park has continued growing, making discoveries both above and below the surface, and promoting conservation as an international biosphere reserve for all the critters and animals that call this place home.