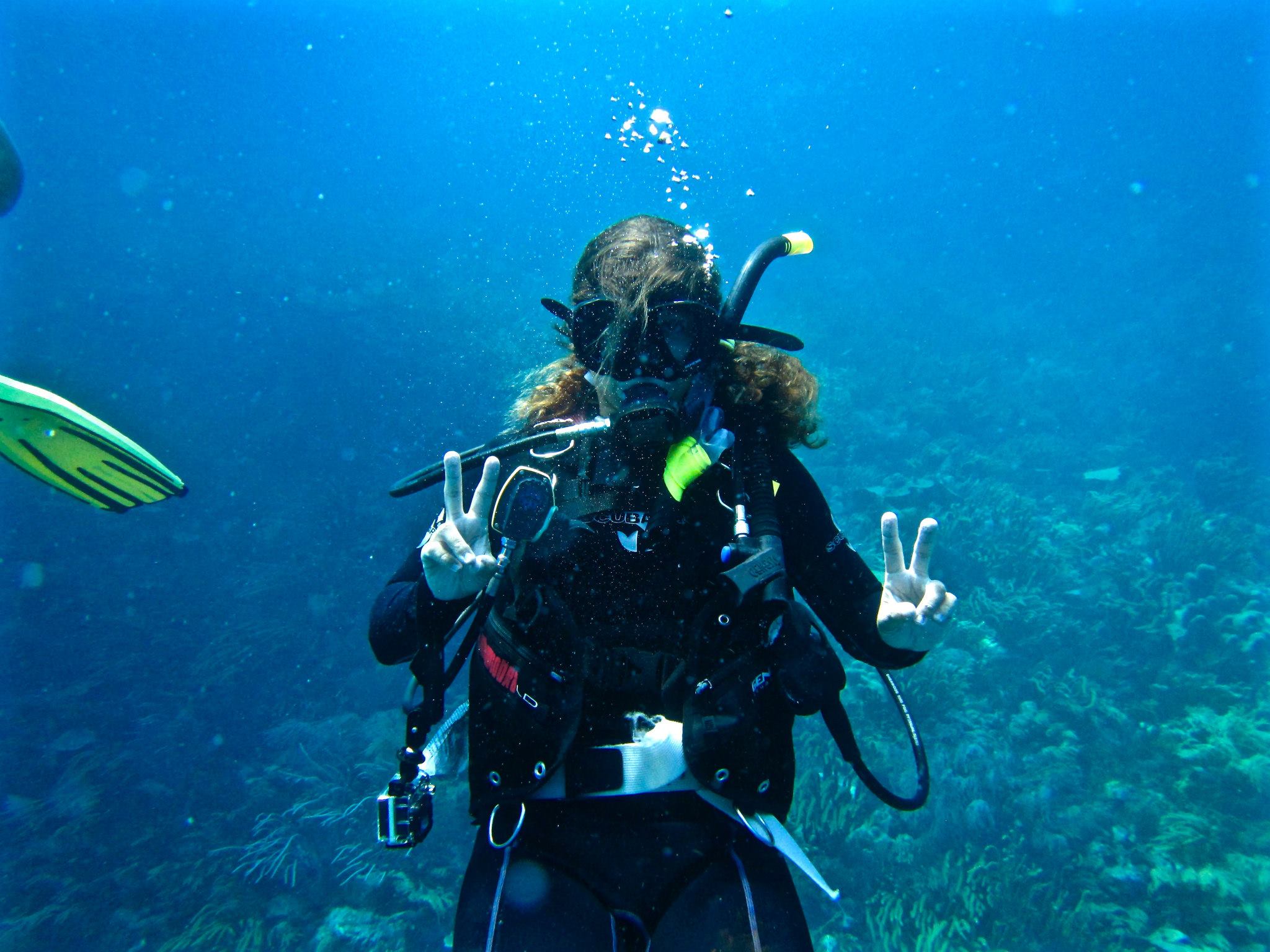 My name is Alexandra Verdeja-Perez and this August I will be interning with Mosaics in Science and doing research in Biscayne National Park. In the park, I will be working with several monitoring projects such as sea turtle and shore bird activity and debris found on coral reefs. Before I get to the park, I wanted to give you a bit more of an introduction about myself.

I was born and raised in Guaynabo, Puerto Rico where I have been exposed to the ocean since the day my parents could put a life jacket on me so we could go out on our boat (so about 2 years old). As I grew up, I found new ways to explore the oceans and quickly fishing on the boat turned into snorkeling over coral reefs, which turned to scuba diving within the beautiful reefs of Puerto Rico. As if that wasn’t enough water in my life, I started swimming in fourth grade and then later joined synchronized swimming where I ended up in the National Team of Puerto Rico and got to compete all over the Americas with my team.

Looking back, it’s clear why I ended wanting to be a marine biologist with a concentration in coral reef conservation and restoration. Eventually, I want to come back to Puerto Rico to preserve the coral reefs that brought me so much joy as a child, so future generations have the opportunity to feel that same joy. Nevertheless, I’ve had a slight detour along the way. I ended up going to Purdue University in West Lafayette, Indiana and I just graduated with a degree in Fisheries and Aquatic Sciences. There are many reasons and details as to how I ended up at Purdue, but the important part is that I found a home in the corn fields. I met so many incredible people along the way, and made so many connections that have opened doors that I don’t think would have opened if I had gone straight into marine biology.

Now that I am done with my undergraduate career, I am incredibly excited for this opportunity to return to the oceans. I truly hope that this internship is the first step to a probably very winding path that will eventually get me back to my little island and its beautiful coral reefs.