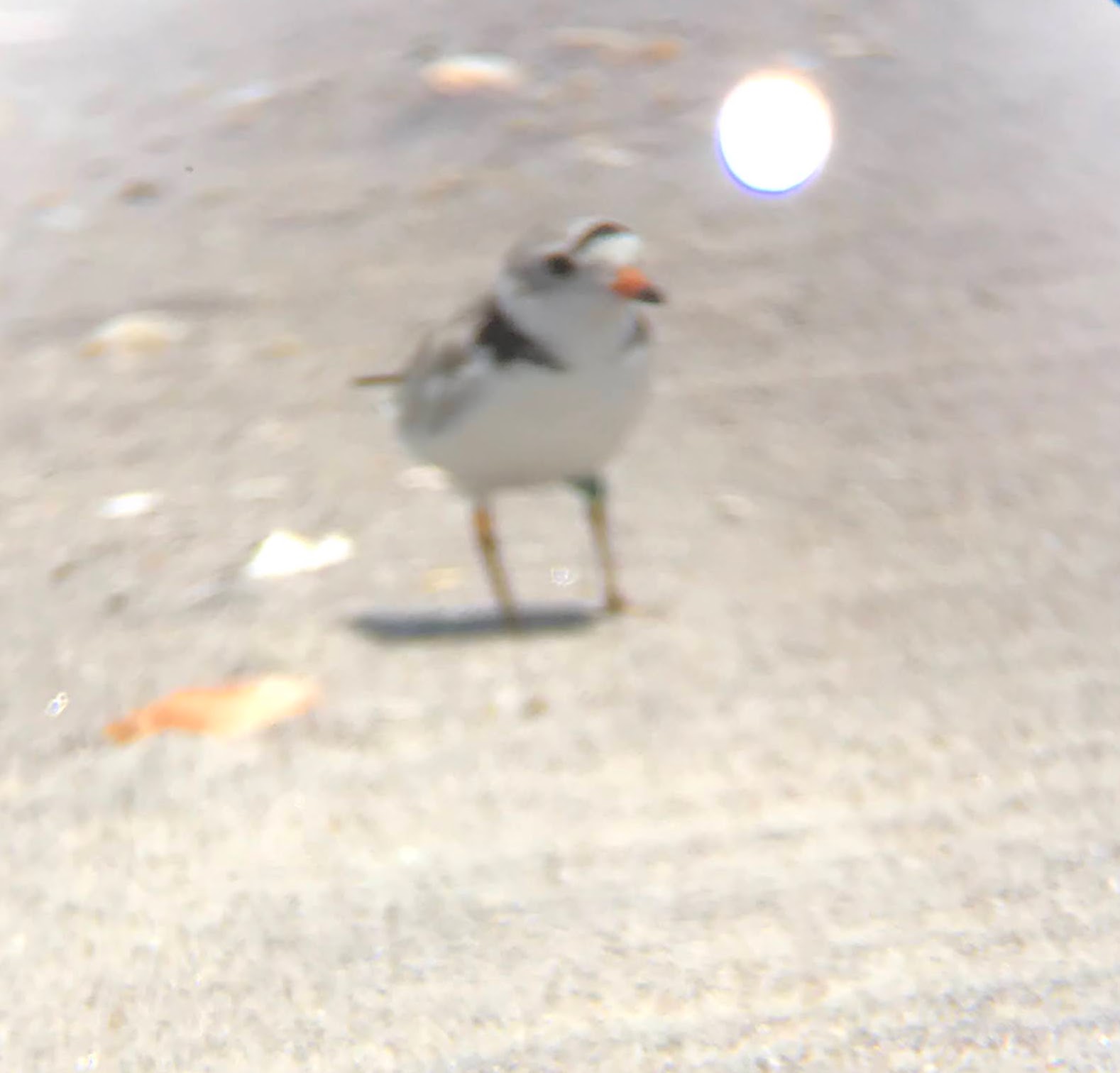 The past few days have been somewhat stressful with the plover monitoring. Over the weekend most of the eggs hatched, now there are little plover chicks all over the beach! They look exactly like little cotton balls, especially during the first day or so after hatching when they’re still in the nest, unable to see or move around much. When they get their senses and start to skitter around the beach, curious about the world they look like little specks of gray-ish brown feathers against the sand. They’re so small and they’re feathers let them blend in so well you can hardly see them! They are possibly the cutest baby animal I’ve ever seen.

The staff here, as I believe I’ve mentioned before, are all incredible. Especially my fellow resource management people, Hannah and Jenn, working on plover monitoring and protection with me.

Hannah is fresh out of college and graduated from Penn State this past May. Jenn has been out of college for a while now, but graduated from Rhode Island College a few years ago and has been doing odd jobs here and there. They’re both a lot of fun to be around, work with, and have conversations with. They’re both talkers but of the two of them, Jenn is the top voice. Being an introvert, I prefer to listen to what others have to say and add insight or commentary when it’s appropriate, so I always appreciate when others are able to recognize that and are comfortable holding the conversation without constant input from me. The park ranger Tony and the maintenance crew, Bobby and Lukas, are just as awesome though. Bobby and Tony love to socialize and hang out and they have a true passion for Fire Island. Something about this place gives it a special place in their hearts, to the point where they have chosen to come back here over other offers for jobs elsewhere or in other parks. That is an appreciation I can admire. Bobby has been working summers here since 2014 and this is Tony’s second year. I’m actually not sure how long Lukas has been here, though if I had to guess I’d say 2 or 3 years. He’s actually the most interesting of the bunch in my opinion.

Lukas is from New Jersey and worked at Sandy Hook National Park before coming here. What interests me about him though, is that he is a volunteer firefighter where he lives. He is the 1st lieutenant in the town, a rank that has to be bestowed on you through a vote by the community. Volunteer firefighting has always been on my top list of things I want to accomplish or paths I would like to walk in life. I first had to dream to become a full-time firefighter when I was young, but my interests changed as I grew older. When I found out people could volunteer I was instantly intrigued and wanted to do it. I’ve met firefighters before, a few times throughout elementary school, and for block parties where they come to show the kids their trucks and all that good stuff. But I’ve never had a casual conversation with one or worked with one out of sheer coincidence. The other day we spoke and as he was telling me about the process to become a volunteer and what it’s like working at the firehouse, I could feel myself becoming more and more involved with the idea of being a volunteer firefighter. I have an idea of what I want to do with my career and the path I want to walk in life, which believe me, at 23 years old was not an easy realization to come to. However, I suppose I had lost sight of this goal for a while. Having met him and hearing his stories about helping deliver babies, responding to accidents, and rushing into fires I’m convinced this is going to be a big part of my life in the not-so-distant future.