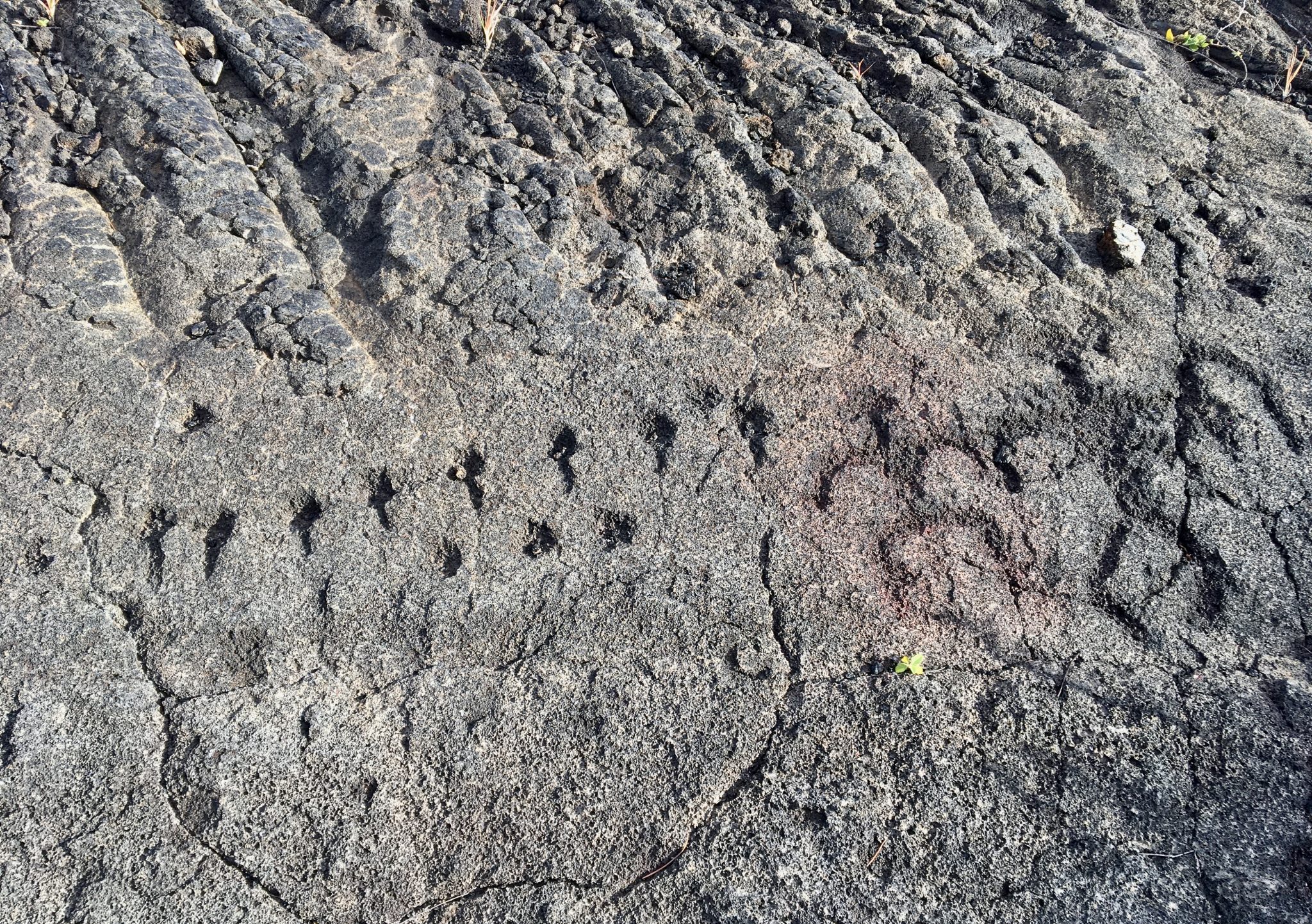 As a part of my project I am helping to develop curriculum for an archeological site in Hawaiʻi Volcanoes National Park called Puʻuloa Petroglyphs. Puʻuloa means “long hill” in Hawaiian and it is a place where Native Hawaiians carved over 23,000 petroglyphs into hardened lava rock. Native Hawaiians did not have a written language prior to Western contact and many of the rich oral histories and traditions that would have explained the meaning of the petroglyphs have been lost to time. However, we do know some of the traditions of Puʻuloa. For example, a carved circle may represent a traveler leaving a record of their journey around the island with subsequent circles representing other times they circumnavigated the island.

Each puka, or small hole in the rock, may have been a place where parents would leave the piko or umbilical cord of their child. Puʻuloa can also be interpreted to mean “hill of long life” and this sacred ritual may have been a way to bless the child with a long and prosperous life.

In the Hawaiian language petroglyphs are known as kiʻi (or kiʻi pohaku, a stone image). Just like many Hawaiian words, kiʻi can have multiple meanings. Kiʻi can refer to a petroglyph, but it can also be a statue, a drawing, or a photograph.

What kiʻi have significance in your life? And where do you put these kiʻi?

Today, I wonder if the internet is like a field and our photos are the petroglyphs. Who will look back at our kiʻi in 100-200 years and wonder who we were? I was able to feel more connected to my ancestors by exploring what they left behind. The petroglyphs are a reflection of them, but I also believe they are a reflection of all of us — a mosaic of our shared humanity.