Along the Trace – Ty Zanders 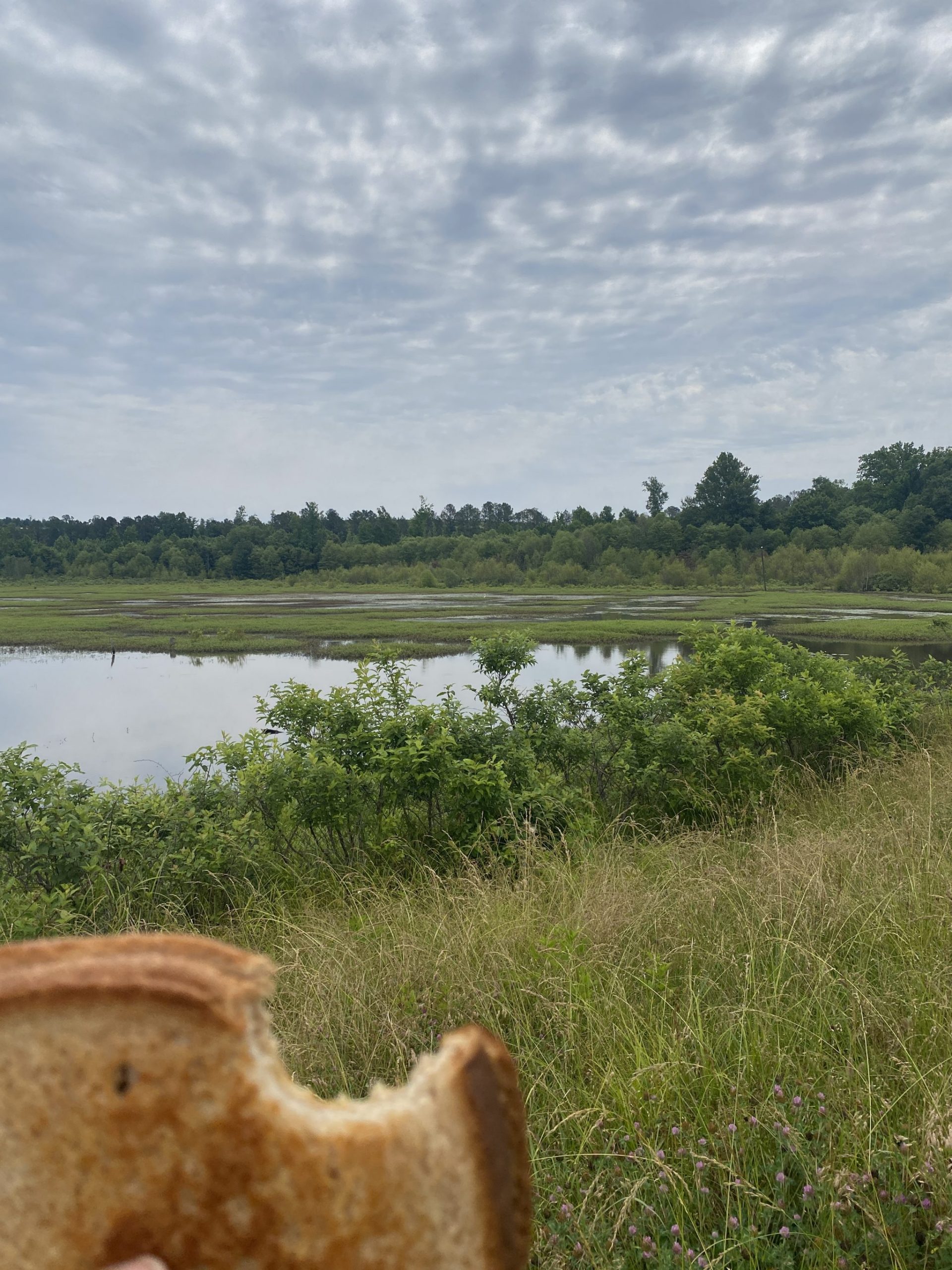 02 Jun Along the Trace – Ty Zanders

Going to school in North Carolina, I am familiar with the Blue Ridge Parkway, so I assumed it would be like that, excepted without the beautiful mountains and cute mountain towns, so basically just a flat road through Mississippi. Boy was I wrong! The Natchez Trace Parkways winds its way through some of the most diverse landscapes in the deep south I’ve seen. Though I’m stationed out of Tupelo, MS, I’ve already had the chance to explore almost half of the parkway in just these two weeks. Last week, I had the opportunity to accompany my supervisor down to the Jackson MS. Not only were we on the hunt for a reported case of synchronistic fireflies along the trace, but we needed to check on a few sites along the way. The drive down was about a hundred miles and we stopped at some pretty unique places. My favorite was the bald cypress swamp trail that was shut off to visitors due to downed trees. At the trail head we meet visitors form literally all across the country: Maine, Nebraska and New Mexico. They had all come to drive or cycle the whole parkway. The swamp trail genuinely took me by surprise. We were almost 300 miles away from Louisiana, yet there was a very southern Louisiana looking swamp right here! It reminded me of home so much even down to the smell! I also spend one day last week chasing down invasive grasses just south of the Tennessee Alabama border, where I came a cross a massive wetland no one had mentioned to me. There I had a nice field lunch watching beavers collect sticks for their dam. Definitely the best lunch break I’ve had!