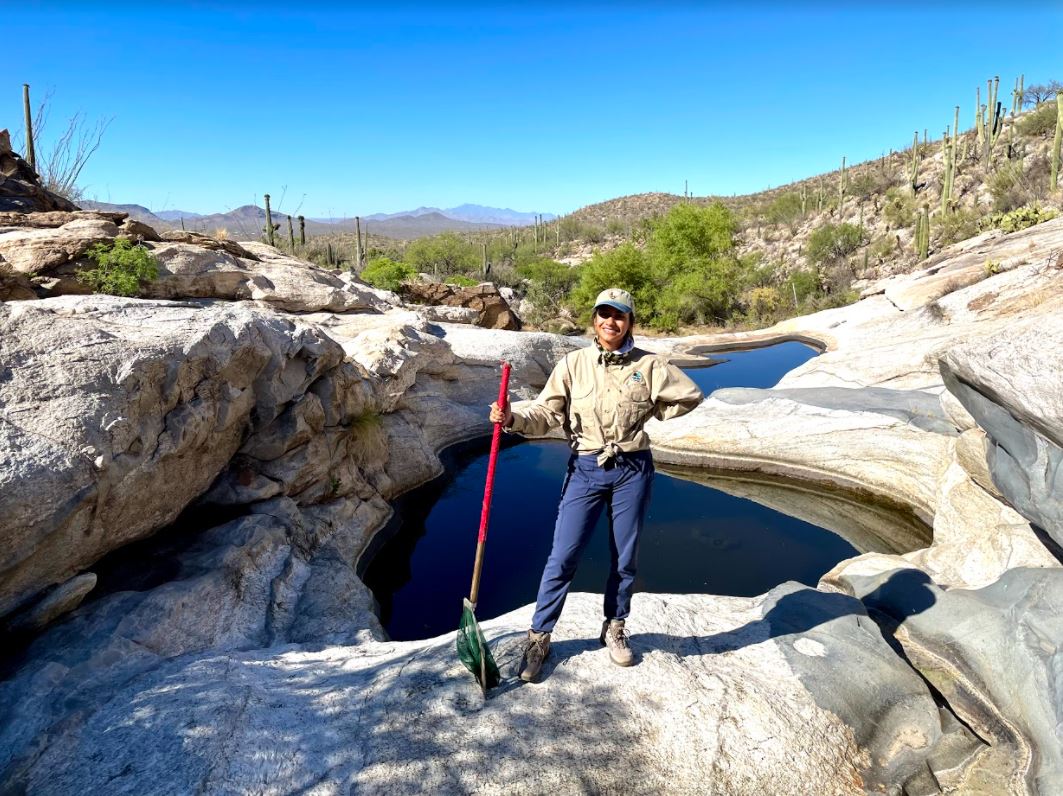 One cool thing about working at Saguaro National Park, is the flexibility of assisting in many different projects. This week we worked on a citizen science nationwide project called ‘Dragonfly Mercury Project’ (DMP). It started in 2011 in the Great Smoky Mountains National Park and other few parks in the northeast area of the U.S. Many national parks collect data for DMP today, and if you’re an intern, there is a high chance that you’ll be part of it! Students, visitors, and volunteers of all ages can be part of it too.

This survey consists of collecting dragonfly larvae for mercury analyses. Mercury (Hg) is a contaminant that can harm human and wildlife health and usually builds up in aquatic and terrestrial food chains. Dragonfly larvae is collected because they are good bioindicators of ecosystem health and they serve to characterize the risk and potential toxic effects of mercury.

As surprising as it may sound, YES, there are freshwater ecosystems in the deserts, even at Saguaro National Park where the temperature reaches more than 110o F in the summer days. Wildlife and humans benefit from these freshwater sources and their preservation is a high priority.  This data will serve to better understand the spatial distribution of mercury contamination in national parks. I love how this project promotes science within the community and it will be interesting to see results from these surveys and how they differ across the parks!