Fatmuckets and Plain pocketbooks: Mussels are more than fun names! 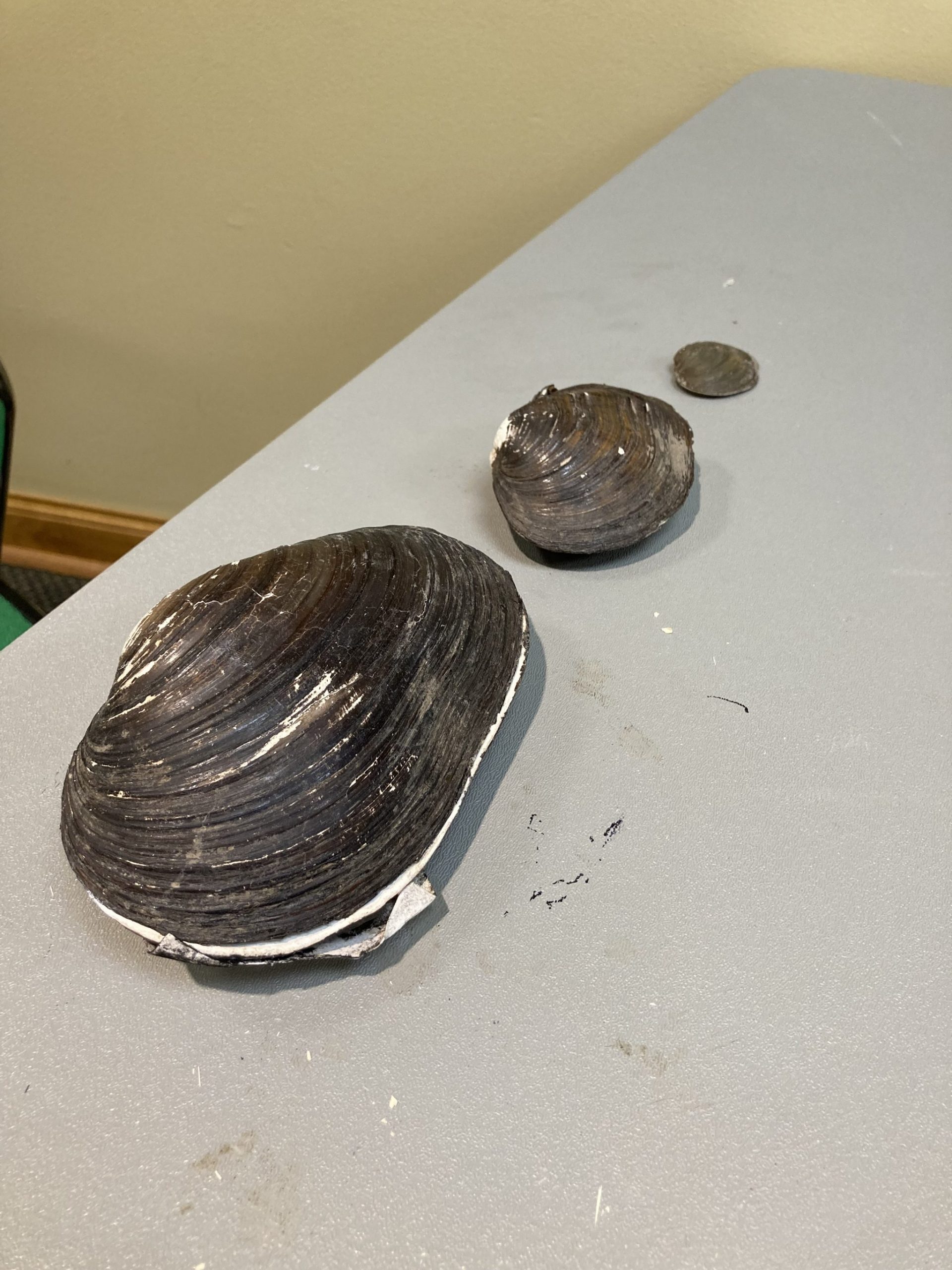 Freshwater mollusks, also known as mussels, are an important part of the ecosystem in Nebraska. They filter organic matter from the water in which they live, and excrete nutrients that can be used by other animals in the environment: invertebrates, plants, fish, etc.. Given the vast watersheds in Nebraska, there are different types of mussels native to the area, most experts have identified 30 different species. Unfortunately, the introduction of dams, livestock, and other anthropogenic factors have led to a decline in many populations, some may have even been wiped out. Thankfully, the mussels are not alone!

Scientists and organizations, like the Nebraska Game and Parks Commission, have been looking into which species are declining and why. A team from Homestead National Historical Park conducted extensive research on endangered native mussels in order to guide restoration efforts. In 2020, the park re-introduced 1000 native mussels to the Big Blue River basin. The species introduced are native to the area, and Cub Creek (which is housed in the Big Blue River basin). Plain Pocketbook (Lampsilis cardium) and Fatmucket (Lampsilis siliquoidea) mussels were the two species reintroduced in this project. They were also tagged with passive integrated transponder (PIT) tags for monitoring. This summer, the park will be following up on the reintroduction by counting mussels with a PIT tag reader in a section of Cub Creek within the park. Additionally, we will be collecting water quality parameters that could provide insights as to how the populations have changed in the past year. I am excited to get out in the field, collect data and explore our findings!