Monocacy National Battlefield: Commemoration and Preservation of the Landscape 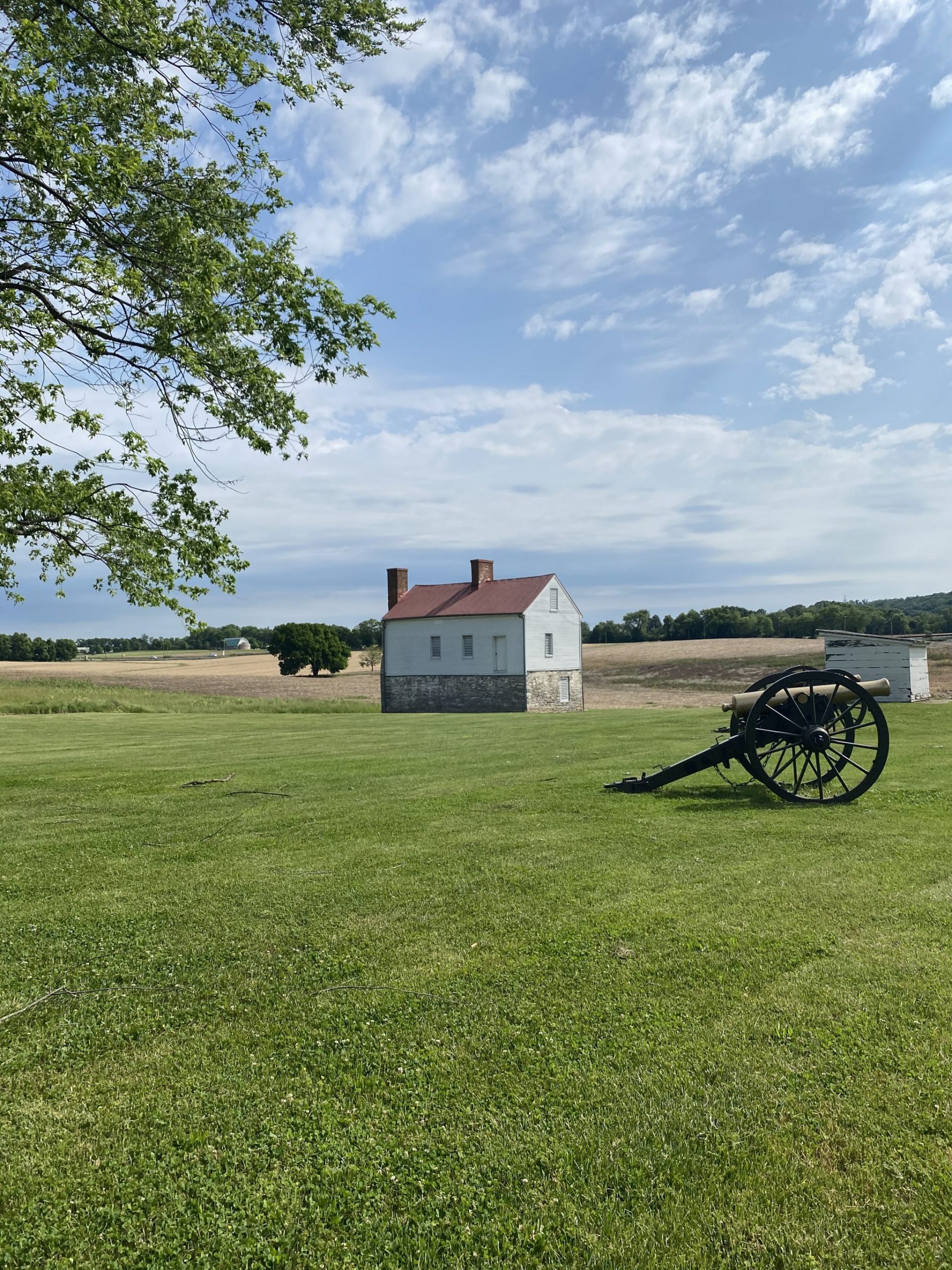 02 Jun Monocacy National Battlefield: Commemoration and Preservation of the Landscape

Although a scientist at heart, I was really impressed by the thorough history tour by one of our interpretation rangers here at Monocacy National Battlefield. The west coast does not have National Battlefields nor have I ever been to one. Therefore, it was a surprise to me that the Department of the Interior preserves landscapes and structures in their historic condition to commemorate these battles. I wanted to learn more about this preservation process and it is one of the many reasons why I decided to move to Maryland this summer.

Although the landscape was preserved because of the battle, during the tour it was interesting to hear additional information about people who lived in this area who were not directly involved in the war. Predating the battle, Native Americans occupied the Monocacy River valley and there are prehistoric sites recorded within the park. There was one of the largest populations of people enslaved in Maryland at the Best Farm (featured photo). There were families that hid in their houses, as the battle took place outside and some of these structures are still standing today. One of these buildings was home to migrant farmworkers who contributed to Frederick’s agricultural history after the war. Overall, I am able to contextualize my scientific project within this rich history and I understand why the park service chose to preserve this landscape.