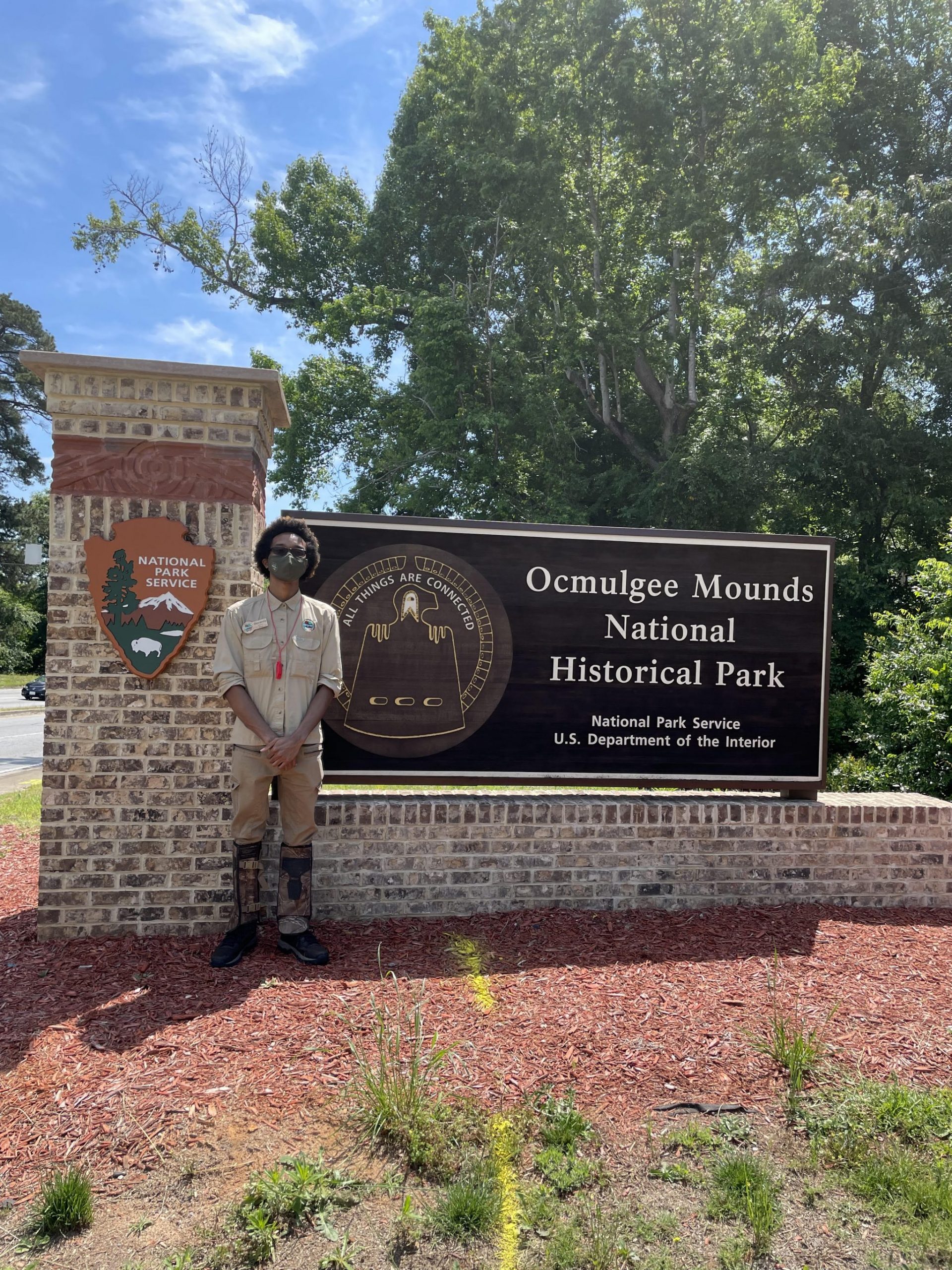 My time here at Ocmulgee Mounds has been just wonderful! I have learned about various projects and information about the park from both the cultural and natural resources sides. The entire park owned by the National Park Service encompasses around 702 acres of land located in Macon Georgia. The National Park is a Prehistoric Native American site that has been occupied by many different Native Americans for thousands of years, around 17,000 to be more precise. The first Native Americans to inhabit the land was during the Paleo-Indian period hunting Ice-Age mammals. During 900 CE or the Mississippian period, the most recent Native Americans came to inhabit Ocmulgee – they were known as the Creek people or now, the Muscogee or Muscogee Creek Native American Tribe. During this time they constructed various mounds and structures such as bird effigies, for a plethora of reasons including trading, celebratory, and tribal discussions. Some mounds and even undisturbed land contain many buried artifacts and human remains such as the Funeral Mound, where the most elite would be specially buried. One of the main projects I focus on here at the Park is Rivercane Restoration, a huge part of the Muscogee Tribes lives. It would be used to craft shelter, weapons, baskets, furniture, ceremonial purposes, and even nourishment. It is currently being overburdened by invasive plants here at the park, which is why the natural resource team here that I am working with is so important in keeping the history of the people who once lived here alive to tell the tale.