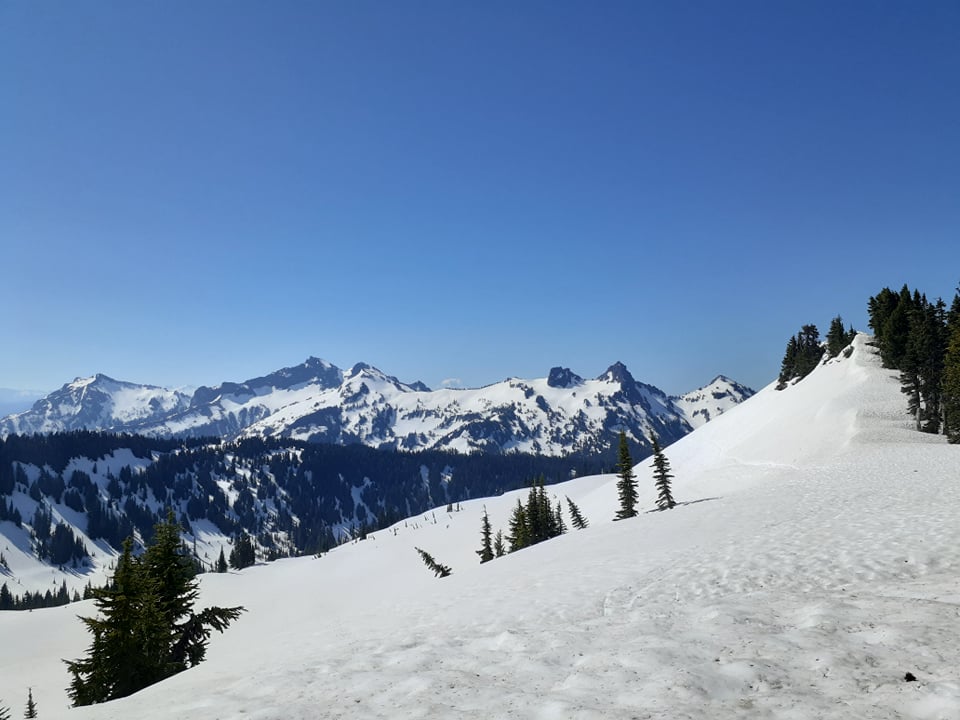 Posted at 07:08h in Uncategorized by Marwa Mahmoud 1 Comment
0 Likes

For my project, I will be looking at conservation issues of the Cascade Red Fox and hope to draw connections between Cascade Red Fox populations and human-wildlife interactions. I will focus on a Cascade Red Fox individual that can be seen walking through some of Mount Rainier’s high elevation parking lots. I will be observing the individual, known as Whitefoot, with the hopes of eventually trapping her to collar her. The collar we plan to put on Whitefoot will give us information about her locations throughout the Park.

We are interested in Whitefoot’s location because she is an extremely habituated Cascade Red Fox. She is often seen begging visitors for food and on many accounts, wins the visitors affections and sandwiches. That being said, Cascade Red Foxes are not pets. They are seriously threatened species that are at risk of extinction. Feeding a threatened fox is no joke. Considering there may be less than 20 breeding females throughout the Cascade Red Fox range (Akins, 2018), every fox counts. On top of this, Cascade Red Foxes are State Endangered Species Candidates and are a Species of Greatest Conservation Need in Washington State’s Wildlife Action Plan (WDFW, 2015).

Obtaining locations of where Whitefoot is spending the most time may allow Park managers to implement better infrastructure surrounding wildlife protections. Mount Rainier and its visitors do not have the cleanest history of carnivore habituation. As, last season, the Park had to put down a black bear that was continuously being fed by people in the same area that Whitefoot patrols for food. Humans feeding wildlife is a problem that can always backfire. My project will dive deep into this issue and look for steps to take to find a solution.

And now, the bear story….

On a different note, I wanted to include an AWESOME mammal trapping experience I had last week. In early June, there was a baby black bear (that we now know to be a yearling), that had been seen around the same high elevation parking lot mentioned above. The bear was never seen with a mother and was being fed by people in the parking lot (we are really going full circle here). This bear was a mission critical issue for the wildlife crew because it was either going to:

That being said, I went on a mission to locate this bear. Considering there is still high snow coverage in the Park, the bear was pretty confined to grazing vegetation near the road. After a few days of searching, I continuously found the bear in a little ditch right next to a specific segment of road.

After a stressful but exciting afternoon, we trapped the bear.

Shoutout to my coworker, Steven Mitchell, for taking these awesome photos. His phone camera and photography skills are a whole lot better than mine.

Finally, it was time to move this bear to PAWS. PAWS is an animal rehabilitation center that allows bears to grow up in a human contactless environment and around other bears. At the end of this summer, the bear will be re-released to the Park.