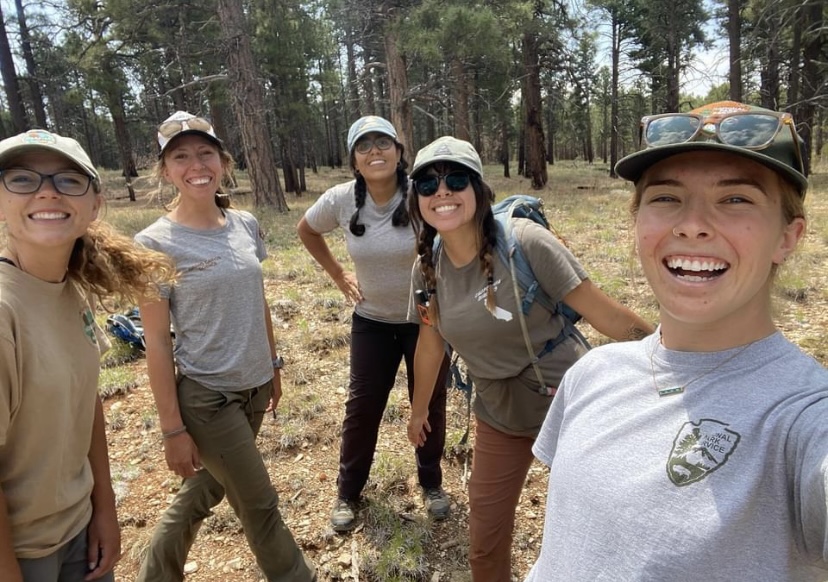 After 9 months in the canyon, it’s crazy to think that next week will be my last week here! I have had such a great experience working and living here. The people have been wonderful and the project influential. Our discoveries throughout the duration of this internship have been critical for the sentry milk-vetch recovery efforts within the park. Not only did that awesome group of biologists you see featured at the top discover three new sentry milk-vetch populations (!), but we also gathered a significant amount of data to support that bison are impacting this endangered plant species on the North Rim. Sentry milk-vetch still has a long way to go before it can be delisted, however it was truly an honor to be able to contribute to these efforts and help the Grand Canyon Vegetation Program learn more about the park’s only endangered plant species.

The photo below shows most of the Veg folks in the program. I’ve learned so much from these amazing humans and am so grateful for all their support and friendship during my time here at the Grand Canyon. Now it’s on to the next adventure in Albuquerque for graduate school. Thankfully, it’s only a 6 hour drive to get to the Grand Canyon so I will be able to visit again soon!