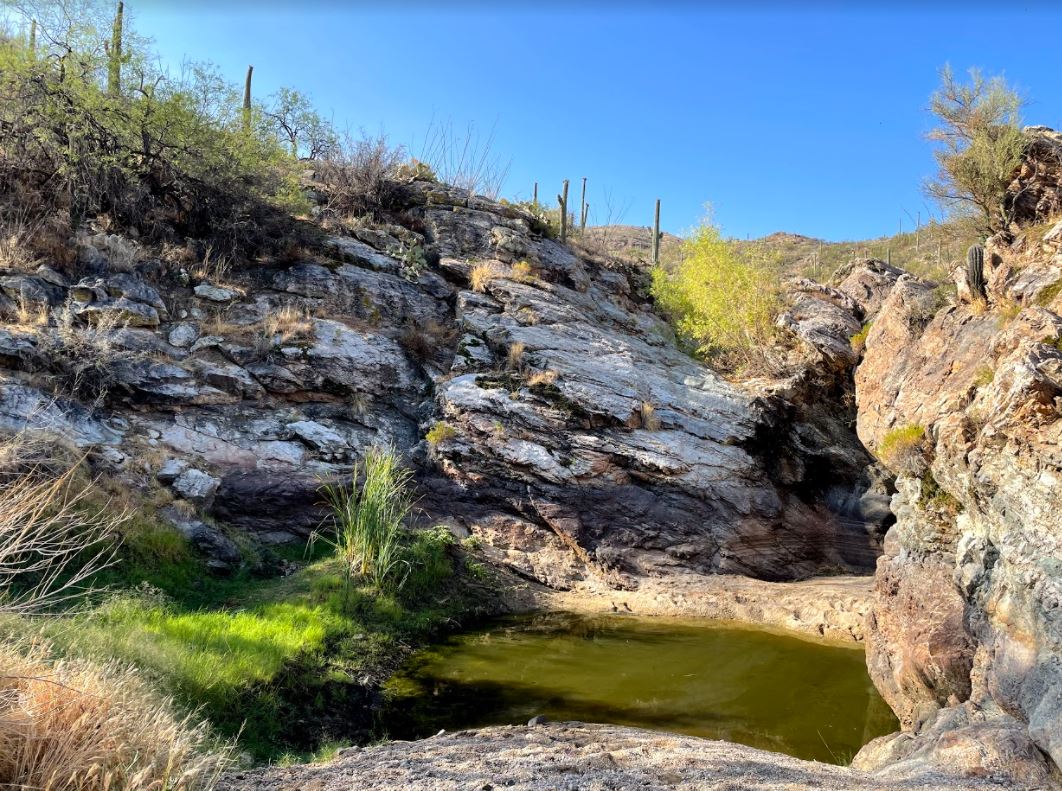 We have talked about plants and insects, and today’s topic will be dedicated to some aquatic amphibians found at Saguaro National Park. The Park is surrounded by mountains and canyons, where water runs down to lower elevations and creates freshwater ecosystems such as springs, tanks, and pools. These environments are rare, highly dynamic, and prone to change in response to climatic variations and anthropogenic threads. They become a major source of water during dry season, that supports life for many animals and plants. Some include: the lowland leopard frog and canyon tree frog.

There have been local declines of the leopard frog population near Tucson, AZ. Major known populations of the leopard frog were extirpated since the 1940s and we are very concerned about their conservation. Diseases, habitat loss, and non-native species are potential contributors to these declines as well, besides human activity.

The Park conducts visual encounter surveys for leopard frogs, and other aquatic species such as the canyon tree frog, which can be equally affected as the leopard frogs. These surveys serve to monitor the population dynamics of these aquatic amphibians. They include a photograph of the “tinaja” or pool, where they usually live and the water status of each tinaja is recorded. I conducted this survey along with other Park members and I thought it was really fun.   We were able to see both leopard and canyon tree frogs, even tadpoles. The leopard frogs were very hard to see, they camouflage very well and as soon as you get close, and they immediately jump into the water. That’s why I couldn’t take a picture myself! The canyon tree frogs are pretty chill, they will hang around you without any problem. They are really tiny, probably an inch (even when they’re adults) and really cute! I really hope to see increase in their population size in the future with these conservation efforts.