From the Yukon to Fairbanks 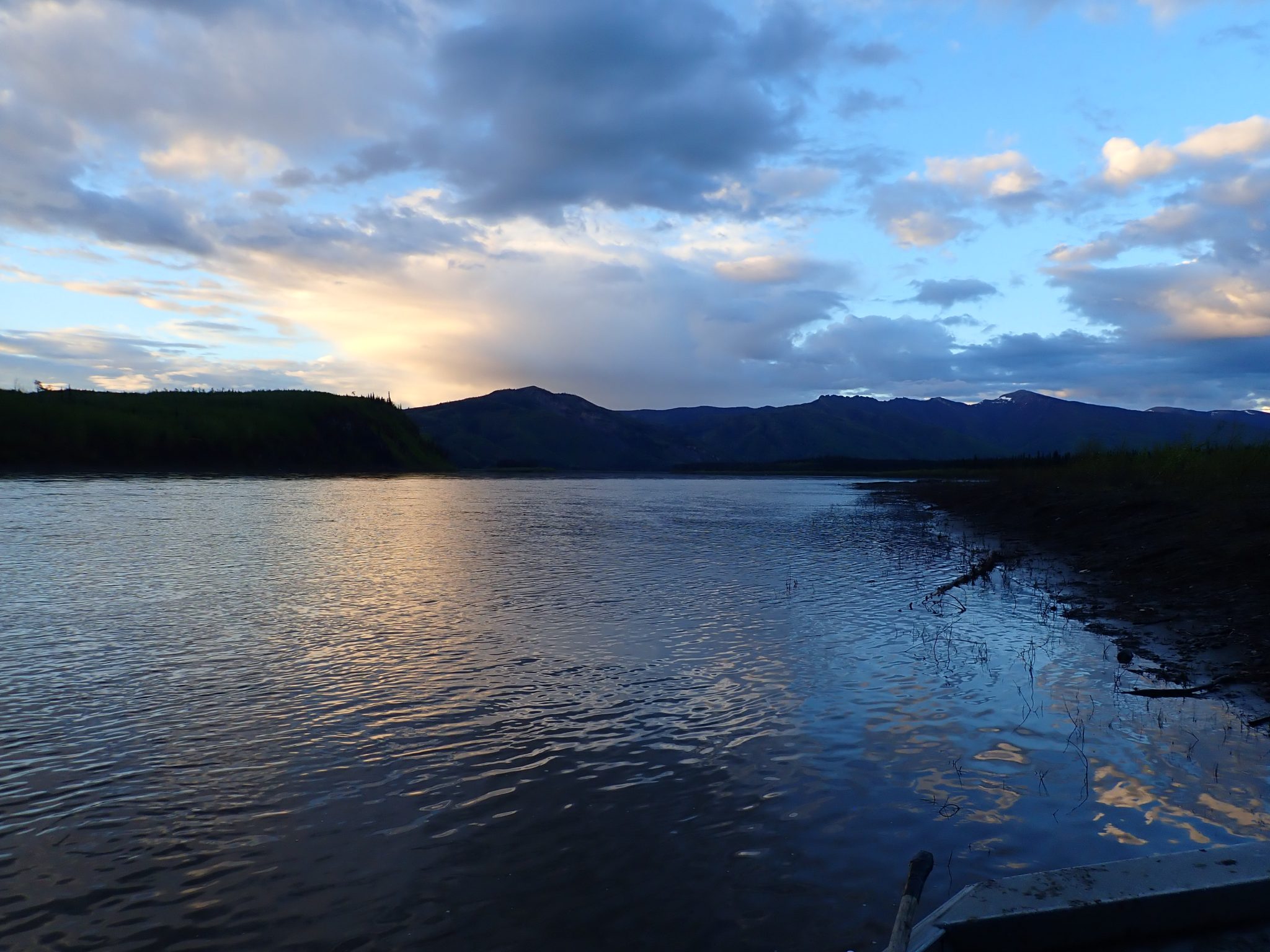 09 Jul From the Yukon to Fairbanks

Sometimes, it’s hard to comprehend just how large Alaska is as a state. There’s mountain ranges and rivers and hills that seem to go on forever. Whenever I visit a new section of the state, like my recent trip to Yukon-Charley Rivers National Preserve, I can appreciate this anew. Alaska hosts many ecosystems, all of which I enjoy learning more about. While on the peregrine survey, we were mostly in the boreal forest, but along the riverbank the forest was often dominated by willow and alders. My crewmates told me that some of the most ancient land in North America was found on this preserve, and there were some amazing geological formations.

Each of the bluffs we went to were different, and by the end of the survey we each had our own favorites and ones that we disliked. My favorites were Calico Bluff and Tacoma Bluff. Calico has thin layers of rock in different colors, and Tacoma has spires and small caves. It also has geese on it, which apparently like to sit at the top of the spires. We would occasionally name the birds that we found, especially if we spent a long time watching them. I named the first peregrine that I found Bilbo. I was going to name him Legolas, but then he lost his balance on his perch, and it was pointed out that I should probably name him after someone less athletically inclined. Later, my sister pointed out that hobbits are actually quite nimble, so maybe I should have named him Gimli? There was always a moment of wonder and delight whenever we spotted a new bird: that reminded me why I signed up to go sit in the rain for hours on end.

This internship has also taken me into an office, where last summer I could only spend a few hours in at a time due to the pandemic. I’ve started to do data entry and assist with field logistics for the second peregrine trip. Last week I spent a lot of time in the office, working on all of this. I ended up having to scan each page of our nest book, where our information on the birds was recorded, individually, because they were too silty for the scanner to handle automatically. I can safely say this was not my favorite part of the internship. Once the technology issues are worked out, I’ll enter the information into the database.

When I’m not doing all this, I’m at home, working on a video about the recovery of peregrines on the upper Yukon River. This has required a lot of collaboration, including a four hour zoom call with the other interns so that we could edit the script together. Last summer during my MIS internship, we each made our own video, with the help of peer mentors. This year, we are working together to construct a single video, which is both new and exciting. It is interesting to be part of all these aspects of this project- not just the field work, but also documenting the story behind it. Because I have some experience, both in surveying and making videos, this season I am being more of a peer mentor to the less experienced interns.

During this internship, I’ve learned a lot of different skills. Not only in video production and bird spotting, but also a variety of boat skills, such as driving the boat, refueling, and performing some maintenance on it. An SCA intern, Justin, and I took turns landing and launching the boat, sometimes doing it together in a particularly difficult section. Acquiring these new skills has been fantastic, and I’m glad I’ve been able to do so.