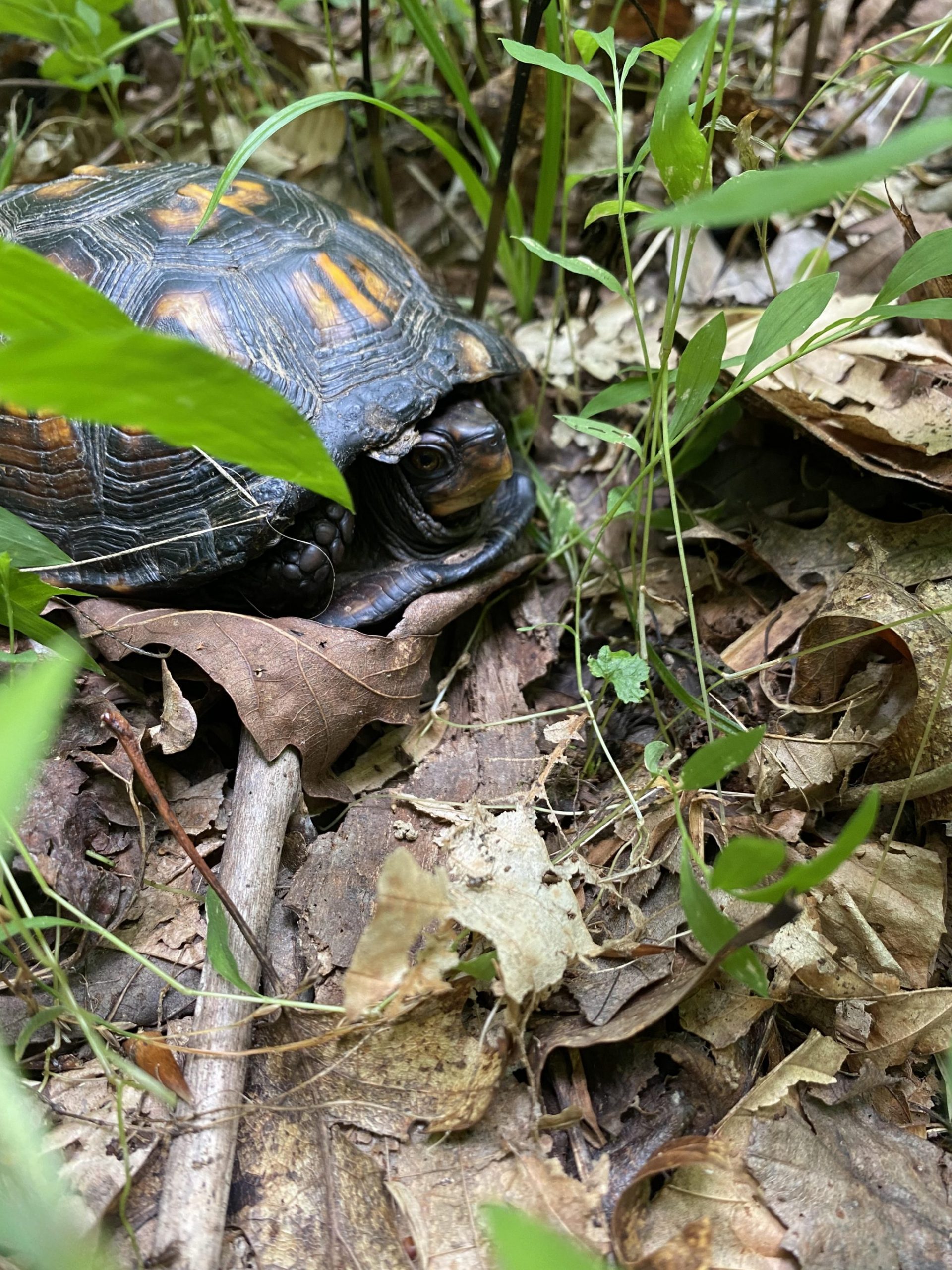 Long-term weather patterns, or climate, dictate what type of species can be found in a certain area. There is a stark difference in climate between what I am used to in California, and where I am currently living in Maryland. A Mediterranean climate, which is characterized by dry summers and mild cool winters, supports species that are generally more drought tolerant. For example, California has trees and shrubs with small waxy leaves or needles to help with water retention. On the other hand, Maryland has a climate with warm and wet summers. This type of climate supports more broad-leaved trees and herbaceous plants in the warm summer months.

I felt lucky to see wonderful organisms that take advantage of the extra moisture and rain on the East Coast. I would like to share two of my favorites, the Eastern box turtle (Terrapene carolina carolina) and the ghost pipe (Monotropa uniflora), that I can consistently find down by the river.

Eastern Box turtles (Terrapene carolina carolina) are not uncommon along stream banks and river terraces in Maryland. Although found basking next to water, they generally do not swim in deep water. They have a wide diet including roots, berries, eggs, and even amphibians. I thought these turtles were special because they always seemed to appear when I was least expecting them while doing field work. Because they blend in with their surroundings, I do not think I would have been able to ever see one unless I was working all day in their home habitat. Unfortunately, these special turtles are a threatened species and are prominent in the South Carolina pet trade. We can do our best to conserve their populations by not touching or moving them and protecting our waterways.

Ghost pipe (Monotropa uniflora) is a plant with a complicated relationship to its surroundings. Unlike most flowers it is not green but a ghostly white. Green plants make their own food from the sun through photosynthesis whereas this plant “steals” food from surrounding trees through an intermediate source, myccorhizal fungi. Just like Eastern box turtles, this plant also appeared when I was least expecting it. When in the field I had to be mindful not to step on them while moving across the landscape. Although this plant is common on the east coast, it is a rare find in my home state. Its growth is the product of multiple relationships building on top of one another.