Watch out for wetlands! 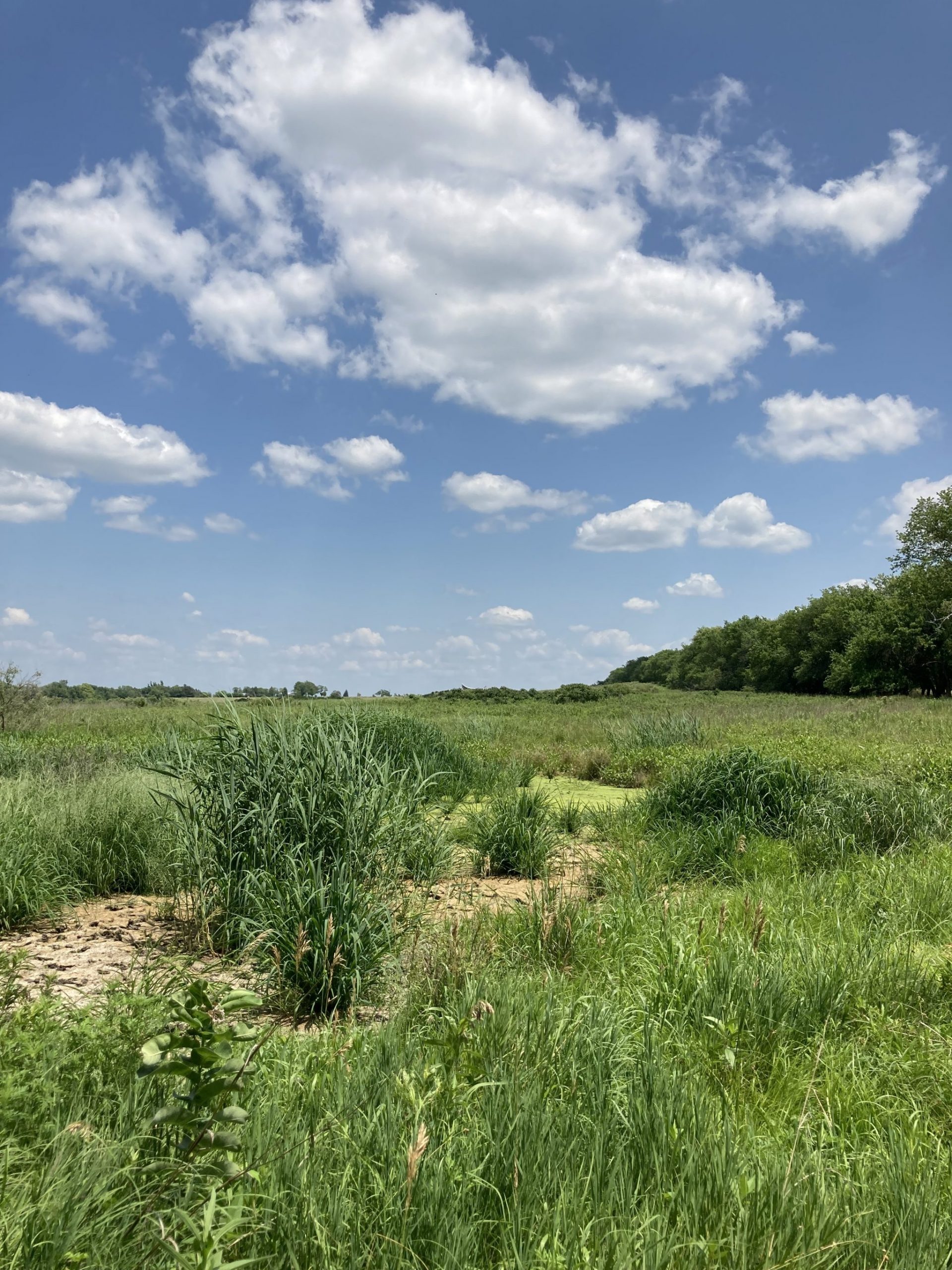 12 Jul Watch out for wetlands!

Hello again! In my time at Homestead National Historical Park I have done much more than I expected to. Recently, I had the opportunity to investigate a newly formed wetland on the park. This is not the first wetland on the park grounds, but it is special in that it came seemingly out of nowhere and is expanding! This wetland has provided the park with new plants, insects, and amphibians. Given that wetlands in Nebraska and the United States have been on a decline for decades, new and growing wetlands are always a welcomed surprise; especially naturally formed ones like this!

The mysterious nature in which the wetland appeared even garnered the interest of local media! Nebraska Public Media, a PBS and NPR partner, sent reporter Melissa Rosales to find out more about its formation. The park’s superintendent, Mark Engler, gathered a group of experts (and myself), to interview with Melissa. One of the experts was Mark Willoughby, a now retired wetlands specialist who helped maintain, restore, and introduce wetlands from coast to coast in the United States. Mark had a clear passion for wetlands and preserving our environment. I had the opportunity to ask Mark a plethora of questions and was amazed by his wealth of knowledge. From him, I learned about what tools are used to identify wetlands, what classifies as a wetland, and how man-made and natural wetlands come about. Additionally, he shared his theory on how this particular wetland could have formed.

He explained that for wetlands to form, certain conditions must be met in the soil; an underground water table must be present to allow hydrophilic, water loving, plants to grow and thrive. When that is accomplished, soil becomes anaerobic and a wetland is formed. His theory is that when the Friends of Homestead changed he terrain of neighboring land from agricultural crops to native plants in 2009, this decreased runoff, allowed excess water to soak into the ground, restored some of the water table, and eventually formed this wetland about a decade later. To me, this really shows how connected everything is. It was a true pleasure to learn more about wetlands and converse with people passionate about the subject.