Where are all the whitebark pine? 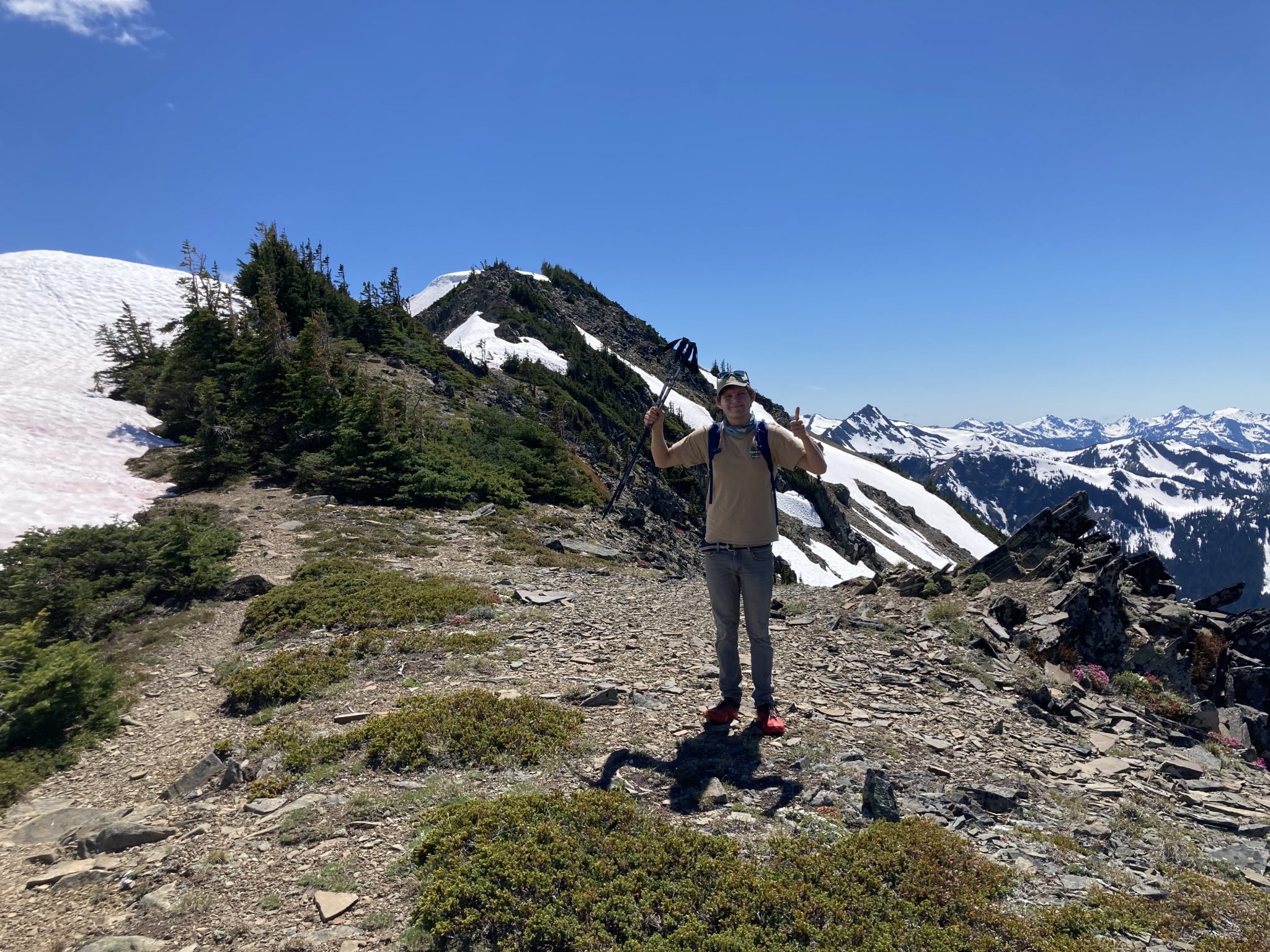 06 Jul Where are all the whitebark pine?

Posted at 14:32h in Uncategorized by Sebastian José Espinosa Novoa 0 Comments
1 Like

This week’s adventure brings me in search of the Olympic Whitebark Pine! Last Tuesday I hopped on to a Ferry headed to the Olympic Peninsula. Once my ferry landed, I drove a few more hours to Olympic National Park Headquarters and had a meet and greet with several North Coast and Cascades Inventory and Monitoring Network employees. I headed to my campsite early that evening so my supervisor and I could get an early start on Wednesday for our trek to Obstruction Point to verify past Whitebark pine records. I quickly realized just how difficult this species was to locate, as after every time we visited a site we confirmed that these trees were misidentified as Whitebark Pine and instead we identified them as Western Whites. This continued for the better part of the day as we did not come across one single Whitebark during the entire outing! While this was somewhat disappointing, I was still able to learn a lot from my supervisor, John, and he was also kind enough to show me some cool field techniques throughout the day. While I would have loved to have another field day on Thursday to try our hands at finding Whitebarks, the snowpack was making it a little too treacherous so John recommended that I take a personal day on Thursday to get to know the Olympics a little better. I woke up early the next morning and set out to Lake Ozette, Once I made it to the trailhead, I hiked to Cape Alava, the westernmost point in the Continental US! Seeing the wild coast and hearing the roar of the ocean was an incredible experience and I was extremely glad I got an opportunity to do so. While most of my work occurs at Rainier, I hope to get another opportunity to visit John and the Olympics later this Summer. Once again, thanks for coming along!