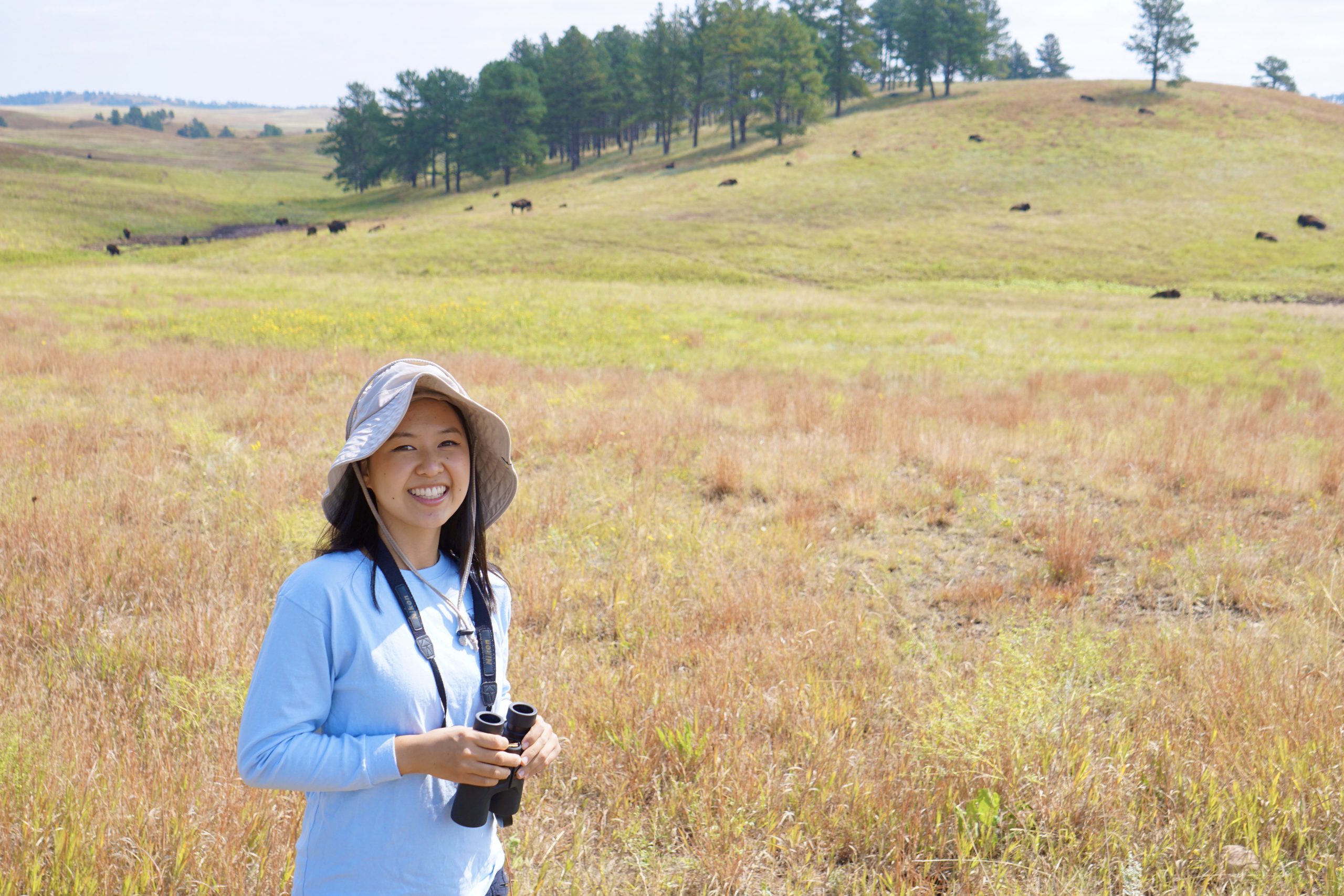 The month of September flew by here at Wind Cave National Park! I’ve been capturing cool species from my camera trapping project, and I got to take part in a week of black-footed ferret surveys.

My camera traps have been able to document a couple new species at Wind Cave National Park and Jewel Cave National Monument. For the first time ever, mink (Mustela vison) was found inside Wind Cave National Park. While the species was suspected to be present in the park, no records of a confirmed sighting existed until now. At Jewel Cave National Monument, I was able to capture images of northern flying squirrel (Glaucomys sabrinus), common raccoon (Procyon lotor), and mountain cottontail (Sylvilagus nuttallii). All three of these species are not currently on the park’s species inventory list, so I will be updating their mammal count from 29 species to 32 species.

In addition to these species, my game cameras picked up photos of other cool animals that I have included below for you to enjoy 🙂

Aside from the camera trapping project, I also took part in a week of black-footed ferret surveys at Wind Cave National Park. Black-footed ferrets are one of the most endangered mammals in North America, with only approximately 30 individuals in the park. Since they are nocturnal, we worked night shifts for a week, staying up from 8:30 pm until 7:00 am. We used spotlights to scan across the prairie, looking out for the bright green shimmer of ferret eyes. Once we spotted one, we set up traps above its burrow and waited for it to be caught. Then, we delivered the ferret to veterinarians where it was chipped for further identification and received vaccinations to protect it from zoonotic diseases. Afterwards, we released the ferret back into its home burrow. While the hours were long and tiring, I felt extremely lucky to be able spot, capture, and release several ferrets!

Stay tuned for the next blog where you will hear about the biannual bison roundup and more updates about the camera trapping project!