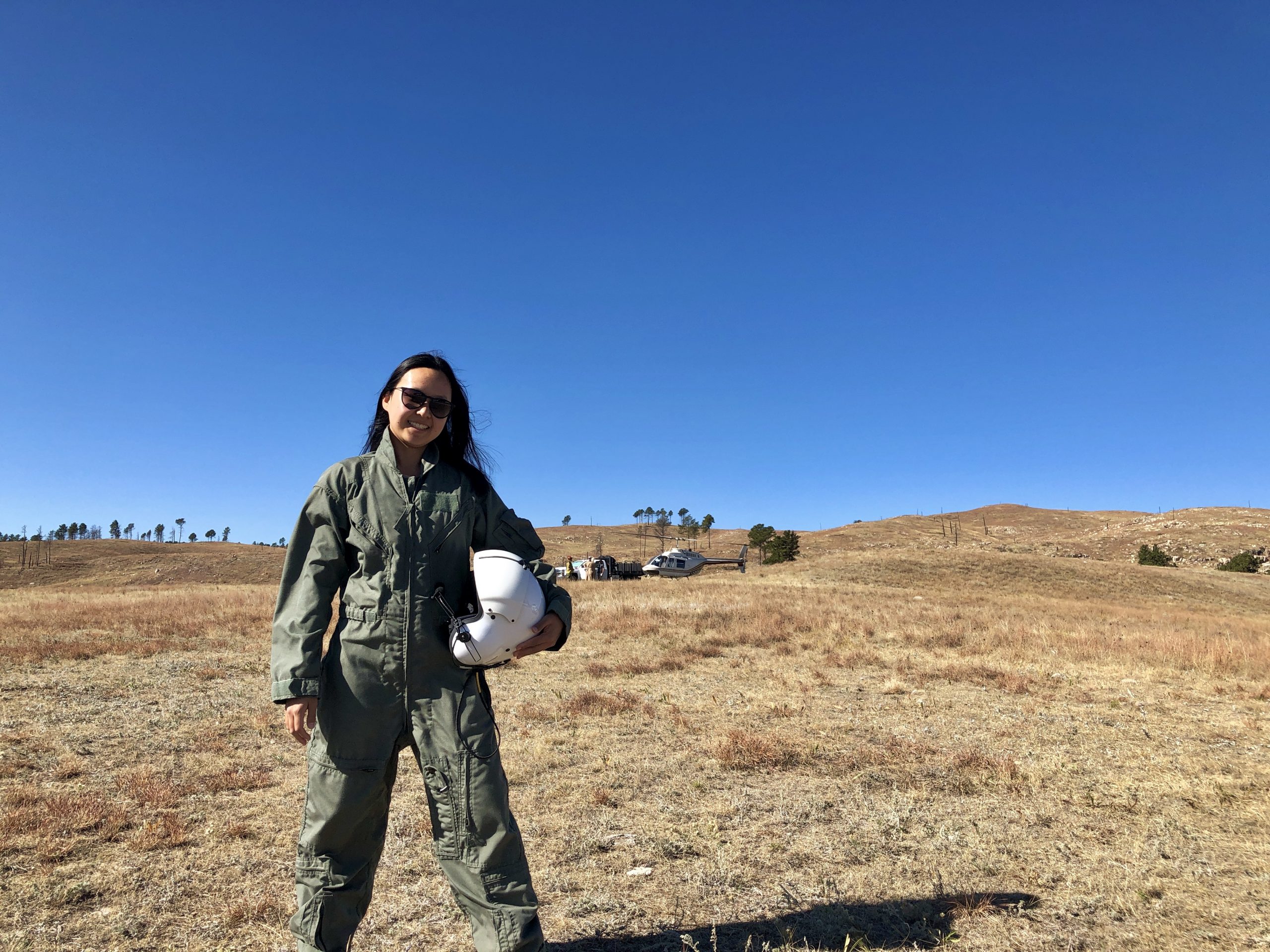 Although it’s already well into the month of November, I thought I’d give an update on the cool wildlife projects I was a part of during October! For my camera trapping project, we were able to document another one of our target species, pine marten, at Mount Rushmore National Memorial! Pine marten was spotted twice at Mount Rushmore, both times in Starling Basin. Prior to this, the last documented sighting of a pine marten was back in 2010, so we are happy to find out that pine marten populations still exist in the park.

Of our five target species, we were able to find three of them during the course of this study: pine marten and red fox at Mount Rushmore and mink at Wind Cave. We did not find any of our target species at Jewel Cave, however we did discover a new species in the park: northern flying squirrel. While they are known to exist in the Black Hills at Mount Rushmore, this is the first confirmed sighting of a northern flying squirrel at Jewel Cave.

I’m really happy to have contributed new findings to the parks through this project. I will give a presentation on my findings to the staff at Wind Cave, Mount Rushmore, and Jewel Cave on the second to last day before I leave.

Besides the camera trapping project, I had the opportunity to take part in Wind Cave’s bison round-up that occurs once every two years. All 350 bison in the park were rounded up into newly built corrals over the course of a week and then processed over the course of another week. During the first week I helped to conduct an aerial survey of the bison via helicopter. I quickly found out that I have very bad airsickness, so despite my initial excitement (as seen in the pictures) the 2-hour flight was not very pleasant for me.

Once we collected all the information we needed on the herd, we shipped 110 of them to different organizations including tribal agencies, non-profit organizations such as The Nature Conservancy, and a few were sent to a zoo in North Dakota. Through these partnerships, we are able to maintain our herd at a constant size while giving others the ability to maintain their own bison herds as well. Although it was freezing cold that week and the work was entirely outdoors, I’m glad I got to play an integral role in the round-up and interact directly with the bison.

That is all for my updates this time around! Stay tuned for my next blog post where I will be summarizing my experience as a Mosaics Intern :’)