Dreaming of Mountains: an Introduction 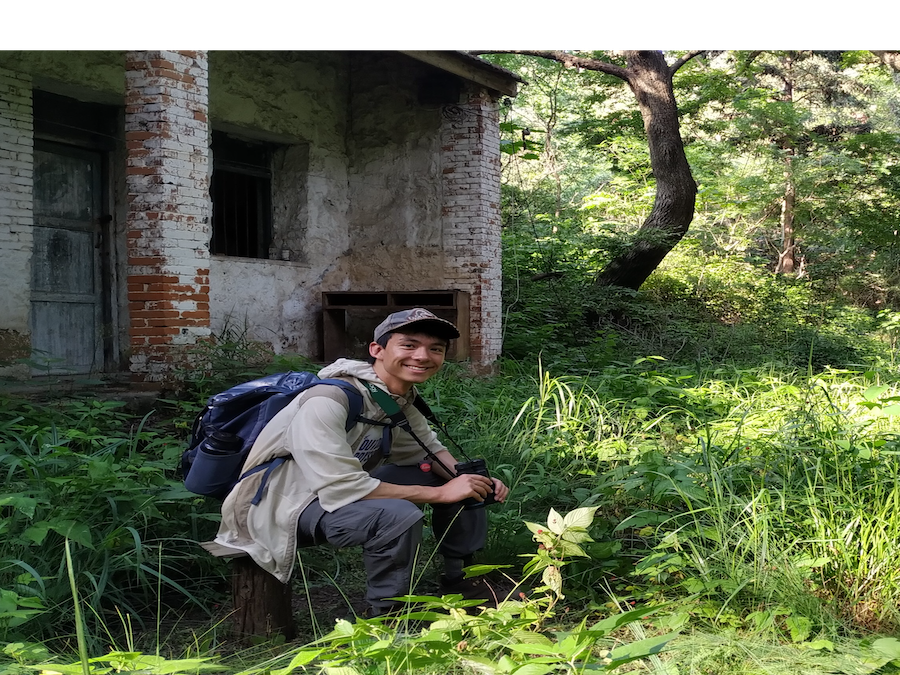 09 May Dreaming of Mountains: an Introduction

Hello! My name is Kai Victor and this summer I’ll be working as a Biology Assistant at Mount Rainier National Park. I’m excited to be spending 5 months helping study mesocarnivore populations within the park, including Cascade red foxes (Vulpes vulpes cascadensis), Fishers (Pekania pennanti), and Wolverines (Gulo gulo). Stay tuned for news from the field when I begin my position in mid-June!

I’m a recent graduate of Cornell University with a B.S. in Environmental Science. Despite growing up in the heart of urban New York City, I’ve always had a love for the natural world. My parents are equally passionate about the outdoors and opened my eyes to nature through hours spent in Central Park or exploring nearby forests and beaches.

As I grew up, I was able to explore different ways of interacting with nature through my interests/hobbies/obsessions of birding, fly fishing, and falconry. My love of nature only increased during college when I had the opportunity to take classes in ecology and wildlife biology. College also offered me the chance to get involved in established research projects and even use my newfound knowledge to conduct some of my own. Most of my past work has been bird focused, including research exploring avian eyelashes and Australian fairywren social networks. However, I couldn’t be more enthusiastic about having the opportunity to help study some more furry subjects. This internship is special, because it allows me the chance to better hone my research skills, and gain experience conducting work with direct conservation implications. Through this position, I hope to gain exposure to methods that will aid me in achieving my goal of a future career in the fields of conservation ecology or reintroduction biology.

My primary three focal species are all unique and have their own conservation stories. I’m sure I’ll have more to share in my next blog post, but for now, here’s a little tidbit of information about each species.

The Cascade red fox is a subspecies of the more common and widespread Red fox (Vulpes vulpes). It’s what’s known as endemic, meaning that this subspecies is found only in Washington state and nowhere else! For this reason, it’s important that populations are protected.

The Wolverine is a special species! Large, shy, carnivorous, and very hard to see, wolverines are true ghosts of the forest. A rare species in Washington state, Mount Rainier National Park is lucky to be home to a few wolverines. While I don’t expect to be fortunate enough to see one during my internship, I’ll hopefully be able to observe their tracks or scat!

By my next blog post I’ll have arrived at Mount Rainier National Park and should have plenty of photos and research stories to share!