Carlsbad Caverns One of the Last Frontiers 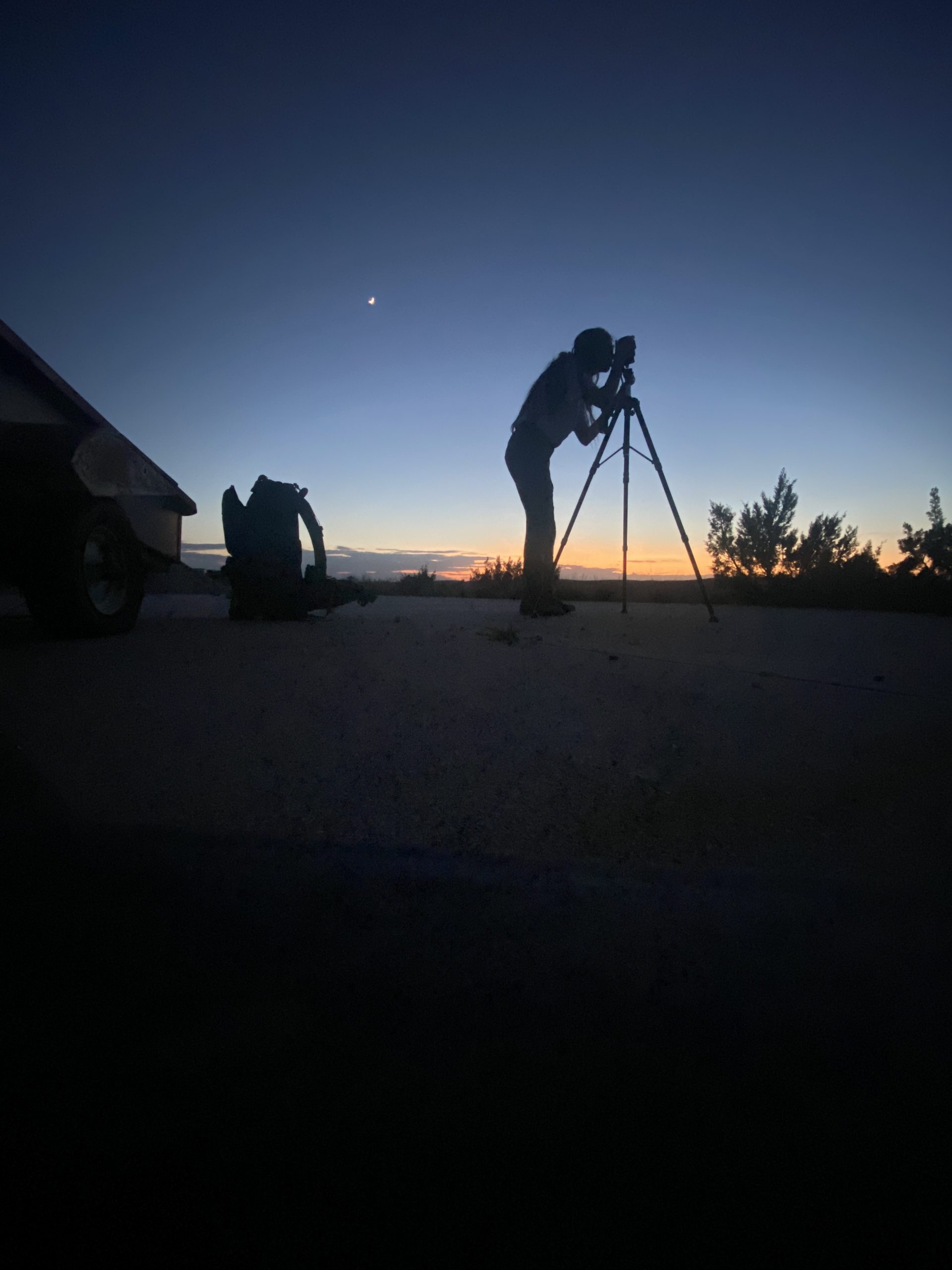 18 Jul Carlsbad Caverns One of the Last Frontiers

Posted at 12:26h in Uncategorized by Jenna Crabtree 0 Comments
0 Likes

History of the Cavern

Carlsbad Caverns became a national park in 1930, and it is easy to see why it has captured many Americans’ and scientists’ hearts. Roughly 250 million years ago, this area was an inland sea with a large reef. As the sea receded, the reef was buried under sediment, salt, and gypsum. Tectonic uplift formed the Guadalupe Mountains and erosion began to form the landscape we see today. Deep underground, sulphuric acid from nearby sulfur-rich rocks worked with microbes to form voids deep underground. This process created the characteristically large rooms for which Carlsbad Caverns is known. These reactions also left mounds of gypsum crystals which were later shaped into many beautiful formations. Sulphuric acid cave formation, called “hypogenic speleogenesis,” is relatively rare compared to top-down cave formation from dissolution by rain and surface water. Carlsbad Cavern is one of only 2% of the world’s limestone caves formed this way.

Caves and the bottom of the ocean are considered by many as the two last frontiers not adequately explored by man on Earth. In 1898, Jim White began the exploration of Carlsbad Caverns. He is credited with a large number of discoveries and popularization of the cavern. Many early exploration marks left by Jim White are still preserved inside the cave today. Although Jim White began mapping Carlsbad Caverns in the late 1800s, surveying continues today, with many leads throughout the cavern still left unexplored. Prior to Jim White, many indigenous groups were aware of the caves located within Carlsbad Caverns National Park and held them in great reverence. The Mescalero Apache credit Carlsbad Cavern as their point of origin and only allowed respected elders to enter the caves.

Descent to the Underworld

A winding 7-mile-long drive through Walnut Canyon from the park entrance to the visitors’ center sets the tone for a unique rugged underground adventure. As you begin the short walk down to Carlsbad Cavern’s natural entrance from the visitors’ center, the mouth of the cave begins to loom into view. From the Bat Amphitheater you can watch playful Cave Swallows flitting in and out of the mouth of the cave. The initial descent into the cave is marked with switchbacks and a transition from bright natural light to twilight and, eventually, to the natural darkness of the cave, illuminated with soft glowing lights. A noticeable temperature change also occurs; the constant 56 degrees inside the cavern provides relief from the hot desert sun. Within the first ten minutes on the Main Corridor trail, you are met with the vastness of the cavern: great limestone ceilings decorated with gypsum formations, stalactites, stalagmites, and various other speleothems. The path through the Main Corridor of Carlsbad Cavern leads you to the Big Room where you will reach your deepest depth of roughly 750 feet. Here, the cavern is so expansive that it is difficult to distinguish the other end; without the glow of the lights installed by the National Park Service it would be impossible. It is hard to encapsulate in words the true grandeur of the cavern as you walk throughout the Big Room. You will see sights such as Rock of the Ages, Bottomless Pit, and a glimpse into Lower Cave. An elevator is situated in a corner of a Big Room waiting to bring you back to the surface in under a two-minute ride.

Although Carlsbad Cavern is the park’s main attraction, the back country of Carlsbad Caverns National Park is dotted with many caves, which are closed to protect their unique resources. These caves are home to bats and their own splendid speleothems. Lechuguilla Cave is also located within the park and is the eighth longest explored cave globally and the second deepest in the United States, with many leads left to explore in the cave.

Carlsbad Cavern is teeming with life above and below the surface. Our most popular underground park residents are Brazilian Free-tailed Bats, accompanied by smaller colonies of the Cave Myotis and Fringed Myotis. During the summer months, these bats call Carlsbad Caverns home, and you can watch our small furry friends ascend out of the cavern at the nightly bat flight programs. During these ranger-led programs, you can also learn a plethora of facts about the cave itself and bats all around the world, emphasizing the bats that live here. I’ve attended a few of these programs and learned that our batty friends consume nearly three times their weight in insects each night! This leaves a lovely, almost mosquito-free park, a nice contrast to the hoards of mosquitos I am accustomed to in East Texas.

Above ground, an hour or so before sunset is the best time to catch a glimpse of Javelinas, Barbary Sheep, Mule Deer, and ground squirrels. At night I’ve seen plenty of kangaroo rats and desert shrews darting across the desert floor and have heard plenty of coyotes.

The night sky is the reason that I am here and perhaps the second most exciting thing about Carlsbad Caverns National Park, in my eyes. The first is the cave itself. After the bats leave their roosts for an evening meal and the sun finally sets behind the Guadalupe Mountains, a shimmer begins to appear in the sky. For someone who lives in a suburban setting, watching the stars appear is a magical experience. Carlsbad Caverns is diligently working towards earning the distinction of an International Dark Skies Park for a good reason. The cloudy band of the Milky Way is visible along with various constellations in the night sky, such as Scorpio, Ursa Major and Minor, Cygnus, Ophiuchus, Hercules, Leo, and Drago. While the constellations visible during night change throughout the year, the night sky’s brilliance does not.

The night sky not only provides an aesthetic service with its sparkling stars and planets, but also is vital for the animals in the park as well. For example, bats have adapted to search for food at night via echolocation as a protection from predators such as owls and hawks. Many migratory birds also utilize the cover of night for this exact purpose.

The integrity of the night sky in Carlsbad Caverns National Park is unfortunately threatened by light pollution sources surrounding the park. Light domes from El Paso, Artesia, and Carlsbad can be seen on a clear night. In addition, on any night, ambient light radiates from the oil fields bordering one side of the park.

The first national park and cave I visited was Carlsbad Caverns with my dad and grandma back in 2010. The trip through the Main Corridor, Big Room, and King’s Palace left me obsessed with the world beneath our feet. Before we left the park that day, I pointed to a house on the hill to the left of the Natural Entrance and told my dad matter-of-factly that I would live in that house and work here in the park. Today, I live in that house and work in the park under the Resources Division. Being an intern at Carlsbad Caverns is not only a once-in-a-lifetime opportunity but also my childhood dream.

Carlsbad Caverns inspired me to get into all things caving. I now am an officer for the Aggie Grotto, an affiliate of the Aggie Speleological Society of Texas A&M University. I am also a member of the National Speleological Society and a member of their Cave Photography Committee. With every move comes the opportunity to join a new grotto, and I look forward to caving and learning with the Pecos Valley Grotto in the future. Since my first cave visit, I have been to over 20 caves, commercial and non-commercial, and I cannot wait to explore more!

Since moving in a little over two weeks ago, I have had some time to do exploring in and around the park. Working with another intern in the park, I’ve had the privilege to explore Left Hand Tunnel, Hall of the White Giants, and Lower Cave to carry out radon monitoring. It was a wonderful experience as I’ve spent hours looking at maps of Carlsbad Caverns all these years and wondering what could be beyond those dark crevices. On my first weekend off, I was able to do some exploring around Carlsbad Caverns National Park. With a fellow intern and friend, we ventured outside Carlsbad, New Mexico, to explore Bobcat Alley Cave, Selenite Moon Crystal Cave, and an artificial Gypsum Forest. It was a wonderful day full of laughs, unique rock formations, and learning new things. I plan to do some caving later in the month in Lincoln National Forest with the new friends I’ve made here.