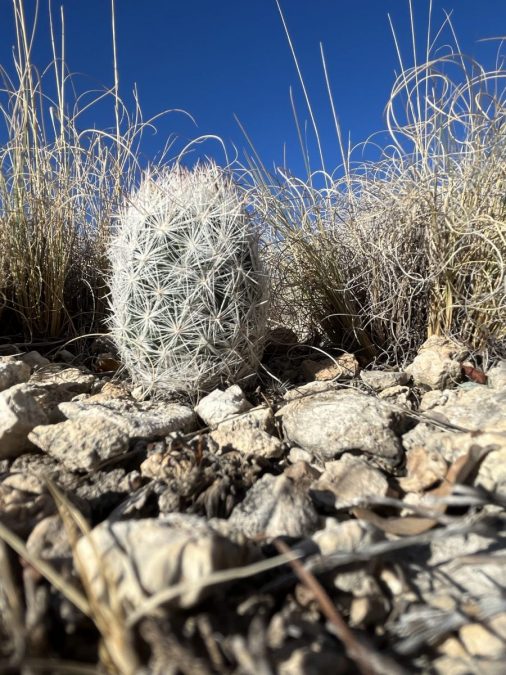 Posted at 12:11h in Uncategorized by Ivan Bossert 0 Comments
1 Like

These past few weeks, I have been going all around the park to get to know all the different parts. The thing about Guadalupe Mountains National Park (GUMO) is that there are many different habitat types within it, so you really have to go to different areas to get the full picture.

The park is located at the northern end of the Chihuahuan Desert and just below the southern end of the Rocky Mountains, which creates an interesting zone of overlap. Most of the lowlands in GUMO are Chihuahuan desert, a type of desert that gets slightly more summer rain than other North American deserts. There are even some white sand dunes on GUMO’s west side. However, there are reliable freshwater springs on the park that form the basis of riparian zones (named after the Latin word for “river bank”). Even though they’re in the desert, these springs host a different community than the surrounding areas. The last big ecosystem category is near the mountain tops, which rise quickly from the surrounding desert floor. Places like this are sometimes called “sky islands,” because the things that live there live on a small area of suitable habitat surrounded by a “sea” of desert. All that habitat diversity means there are lots of unique and threatened species around.

That’s enough informational reading for you. Take a break with pictures of some animals I’ve seen around. Just because it’s a desert doesn’t mean it’s lifeless; I’ve been surprised by how many animals can make it out here.

Now, I’m no paleontologist, but the park’s mountains are actually the uplifted remains of a fossilized Permian reef. There are some really good historic layers that I don’t know enough about yet, but they’re good enough to have a time period named after them (the “Guadalupian epoch”). That’s not the reason I get out of bed in the morning, but I think it’s pretty neat.

Let’s move on to what I’ve been doing. Part of my work will be monitoring for Mexican Spotted Owls, so we’ll be setting up acoustic monitoring to listen for them at night. The microphones are pretty garish, so I’ve been retrofitting and aesthetically modifying the weatherproof receptacles (cutting and painting some buckets) so the mics stick out less when we put them up. Science!

I also took a day trip to Carlsbad Caverns National Park, since it is close by and some work might be shared between the two parks. I was shown around there and went into the caverns. It was an ambitious crossover event, since there is another MIS intern there, Jenna. She was my tour guide, and it was nice to hang out with someone in a similar situation. Be on the lookout for future collabs.

Finally, not to be an adult, but I’m going to mention the weather. It rained! Once. I was more excited than I thought I would be; it was like the end of Holes. I didn’t get a picture of that, but the wind blew up a lot of dust one day and my camera was working.

I’ll be digging into the meat and potatoes of my project soon, so there’s that to look forward to if you keep reading. There will also be more pictures of me, since I know I said that last time. Bye for now!