Tales from a mine 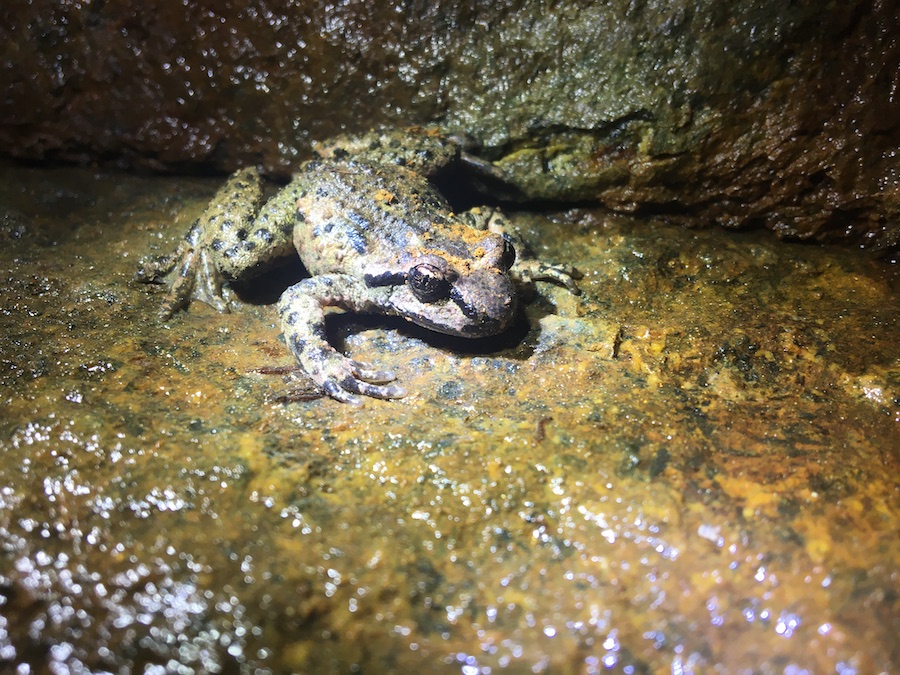 19 Jul Tales from a mine

Hi all! I’m back again to recount another adventure at Mount Rainier National Park. As part of my internship, I’ve been able to help out with a number of wonderful wildlife conservation projects throughout the Washington National Park system. My work has already taken me to Olympic National Park and North Cascades National Park, which both astounded me with their gorgeous forests and abundant animal life. I’m continually amazed at how much climactic variation can be found in Washington state. From the moist rainforests of Olympic to the alpine meadows of Rainier or the dry scrub of North Cascades, I often find myself feeling as though I’ve entered a new world! My work has been equally variable and exciting. From collecting wolverine hair in obscure glacial valleys to observing cougars and wolves on trail cameras, I feel so lucky to be able to help out with such interesting research.

Today’s adventure will focus not on bears, mountain goats, or marmots, but on much smaller creatures. Are they any less cool? I think not! On top of being fascinating to look at, they live in a truly special habitat: abandoned mines! Now I’ve always wanted to go in a mine, and when Michael, the bat lead on my team, offered to take me along on a mine adventure, I couldn’t believe my luck. However, as I soon learned, half the adventure was getting to the mines! Located high on a cliff face, reaching the openings would require an arduous bushwhacking assent. However, our prize would be collecting a number of temperature and humidity recorders that had been left in the mines previously. Michael’s goal was to see how conditions in the mines compared with conditions outside the mines, hopefully increasing our understanding of why bats might utilize mines at certain times of the year for roosting.

After plenty of scrambling, vine slaloming, and careful avoidance of spiny Devil’s club plants, we reached the mines. These mine shafts had originally been developed to harvest copper, so I was advised to look out for cool blue copper deposits inside.

Although built by people, nature has been hard at work reclaiming the mines since they were abandoned. Bushes crowded the entrance we approached, while the mine shaft was filled with snowmelt. After we collected the recording gear, we took some time to explore and enjoy the strange “ecosystem”. One of the first residents we came across was also the largest: a Coastal tailed frog. These frogs are one of the most primitive frog species in the world and are specially adapted for life in cold, fast-moving streams.

Another denizen of the mines we soon met were moths infected with some type of cordyceps-like fungus that grew out of the moths’ backs once they were dead. It was a little eerie to walk past pods of fungus-laden moths, looking almost like some sort of alien garden.

We also came across a variety of living insects who were enjoying the cool, moist climate of the mine.

And of course, I was able to see some traces of copper in the mines.

At the end of the mine was a wonderful payoff view of Mount Rainier, framed by arching cavern walls and feathery ferns. We admired it for a few minutes before grabbing our gear and heading home. Whatever the temperature and humidity recorders end up showing, part of me already understands why bats might like it here. With plenty of food, water, and an epic view, who wouldn’t want to live in this mine!