The People and Pinaceae of Mount Rainier 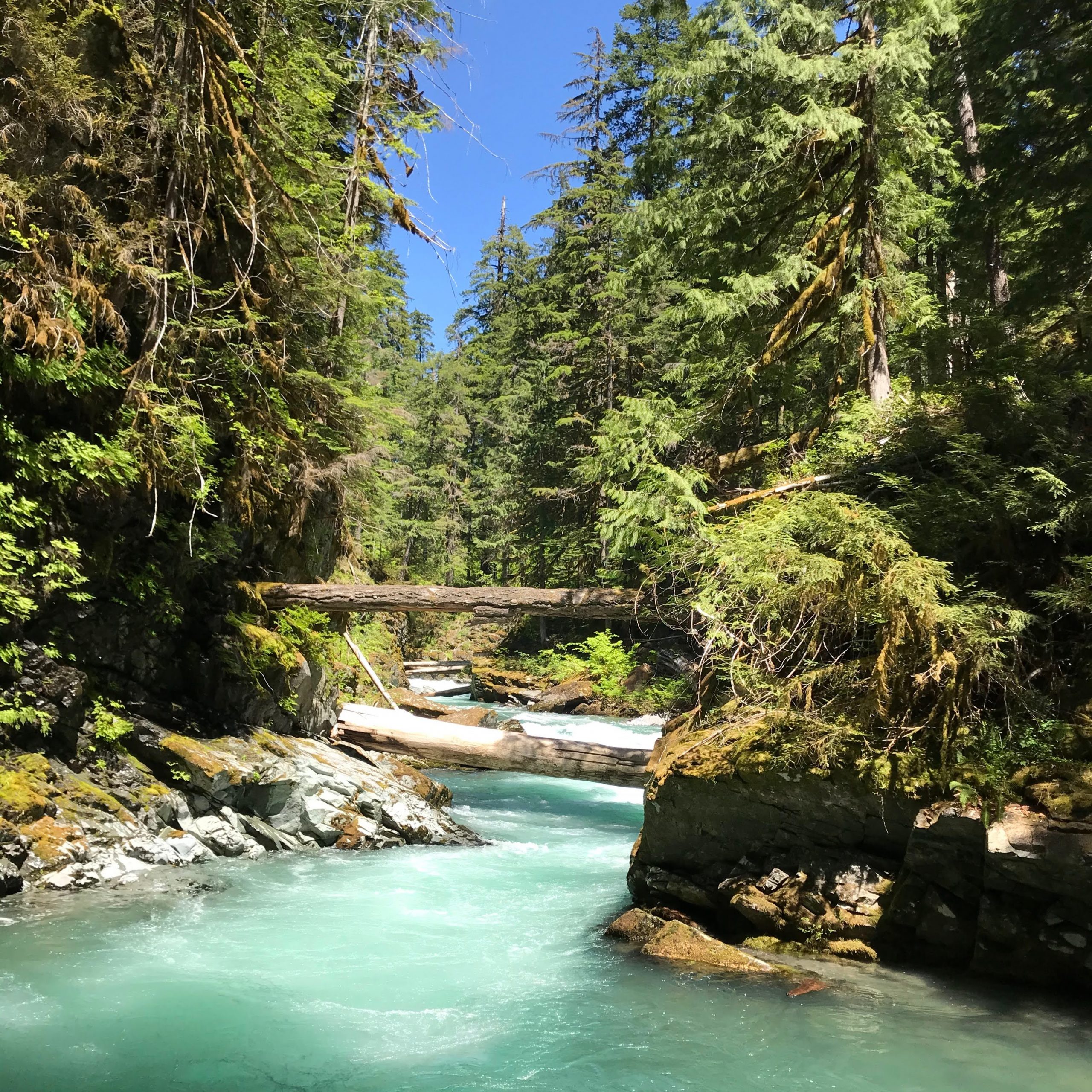 18 Jul The People and Pinaceae of Mount Rainier

Posted at 12:53h in Uncategorized by Mahika Rao 0 Comments
2 Likes

Mount Rainier is populated by quite a cast of colorful characters. As we get into the alpine spring season – about mid-July – the bear grass heads nod their blossoms and the hills turn bright green with new growth. Among the showy wildflowers, the people begin to emerge as well. Living at the park, I run into folks of different specialties and departments everywhere I turn, and each one is doing interesting, complex, and interrelated work. Though I am specifically a vegetation intern, I’ve had the opportunity to get a sampling of what other crews are up to while also familiarizing myself with the plant life around the park.

Much of my vegetation work in this first part of the season has been with hazard tree assessment. We travel to park campgrounds and look for trees that are dead, diseased, or otherwise in danger of falling on an innocent tent or picnic table. Once we mark dangerous trees, folks from the trails crew take them down. I spent a gloomy Tuesday morning helping out the tree fellers, doing manual labor and marveling at the crashes of big trees. The trails crew, with their chainsaws and hard hats, did the work of cutting down the heavy snags, and I followed behind, moving tree carcasses out of the way and making sure no one wandered into the splash zone, as beetle-ravaged Pacific Silver Firs smashed through branches and came to rest on the forest floor.

Those Pacific silver firs are fluffy, conical trees. Abies amabilis have the characteristic cruciform branching and soft needles of firs, but their mottled silvery bark and forward-pointing needles distinguish them. When especially dense and under stress, they fall prey to the fir engraver beetle, and dead silver firs are notable by their curled-in branches and decorated open bark.

One exciting Monday, clear and bright with a rare heat advisory in the air, I had the chance to shadow the wildlife crew on their endless search for the endangered Spotted Owl. As a protected species, the owl is a high priority, and though there have only been a handful of sightings in recent years, the wildlife crew hopes to capture one’s call on acoustic recording units (ARUs) that they tie to a tree for six weeks at a time. We took a sweaty walk off-trail to retrieve some ARUs and took the chance to play owl sounds in the woods and listen for a response. Though we didn’t see any owls coming to check out the recordings, we got the ARUs, as well as sightings of an Elk and a few bears, all while not getting heat stroke — a win in my book.

Late on a Saturday evening, we employees had the chance to get a sneak preview of the astronomy rangers’ program for the summer. We sat in the Paradise visitor center parking lot, one of the highest drive-in points at the park, as the rangers gave us a tour of the sky and reminded us about light pollution. Their powerful telescope setup revealed a nebula shaped like a green Cheerio, and a star cluster across the galaxy. The view of the night sky from the parking lot was stunning — far from city lights and up high, we had the whole expanse of the sky at our disposal.

The Paradise area of Mount Rainier is known for its wildflower meadows, currently under snow but for a few weeks an impressive spread of color and life. For now, though, only the trees like the subalpine fir poke out of the snow. Abies lasiocarpa is identifiable by its upward pointing, sour smelling needles. From a distance, it is shaped like a church spire.

There’s geology, with their glacier monitoring and grill nights. Aquatics, going on about invasive trout in mountain lakes. Revegetation, cracking down on invasive plants. Every crew is dedicated to some aspect of the park, but the cool thing is when they all come together, as they always somehow do, with everyone helping out. In the park system, all of our work is connected. And in this season, as you increase in elevation, you see stands of Pacific Silver Firs and the Subalpine Firs, with swathes of understory in between. They thrive together, as we do.