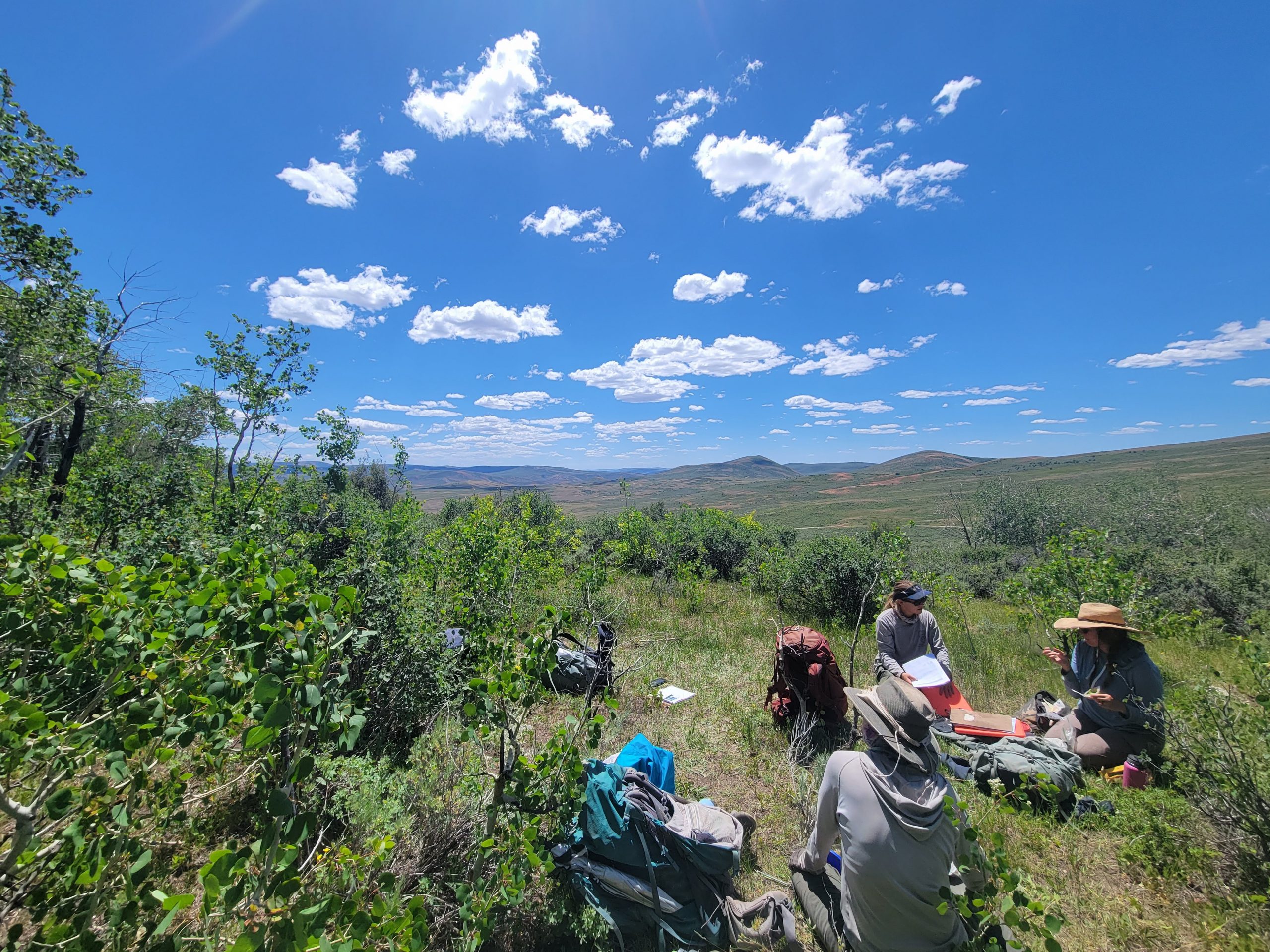 Posted at 20:31h in Uncategorized by Sejal Rajamani 0 Comments
0 Likes

Hey everyone! I’m back again and this time from an entirely different state! The Northern Colorado Plateau Inventory and Monitoring Network was asked to come to Fossil Butte National Monument in Wyoming to continue their work on a project that they helped set up in 2018. Fossil Butte National Monument is a relatively small park located in southwestern Wyoming and home to some of the best preserved fossils in the world.

The project that our crew was working on focused on monitoring the elk activity within the park because it turns out elk are quite intelligent animals. The elk population had figured out that within the park boundaries they could not be hunted, so they were spending more time grazing (feeding on lower-growing grasses and vegetation) and browsing (feeding on higher-growing woody plants such as shrubs and trees) inside the park rather than outside. The Fossil Butte administration wanted to determine the effect that this increase in elk activity is having on the park vegetation, and that’s where the NCPN team came in!

The protocol for this project was similar to the protocols for the upland vegetation monitoring that NCPN usually does but with a few tweaks. Instead of monitoring vegetation plots at random, six sagebrush-heavy plots and six aspen-heavy plots were chosen. In the sagebrush plots the monitoring protocol was quite similar to upland vegetation monitoring, and measurements such as line point intercepts, shrub belts, and site photos were taken, but in the aspen plots, things got switched up a little! Because of the presence of trees, sapling and seedling counts were taken and adult trees were counted, tagged, and measured as well.

Another aspect of this project was that at all the plots the level of elk activity had to be determined, and this was done in two ways. First, all the vegetation that was recorded was categorized as either browsed or unbrowsed, depending on if it looked as though the elk had eaten the plants. Second, we had to count poop! At each plot we would count the amount of elk scat in specific areas of the plots and determine if the scat was new or old. I have never gotten that up close and personal with animal poop and it was certainly an experience!

One of the major takeaways for me during this field work hitch was the reminder of how interconnected everything in the ecology world is. As someone who tends to be drawn more towards wildlife biology, I sometimes forget that animals don’t just exist in their own little bubble. The elk in Fossil Butte need the sagebrush and the aspen to survive and in turn, these plants can be significantly affected by elk activity, and in order to make the best decisions about park management and to have the greatest conservation impact scientists must study and collect data about everything from plants to animals to pollinators and everything in between.

And beyond just the data that we were collecting, I was able to explore yet another beautiful place that I had never been to, and we saw some spectacular sights. Each morning we rose to spectacular sunrises and fell asleep to the sun dropping below beautiful rolling hills. And at each plot there was a new sight to see, from animal skulls to fascinating insects to colorful cliffs. This week was truly a reminder of how awe-inspiring some of the landscapes of the United States can be.