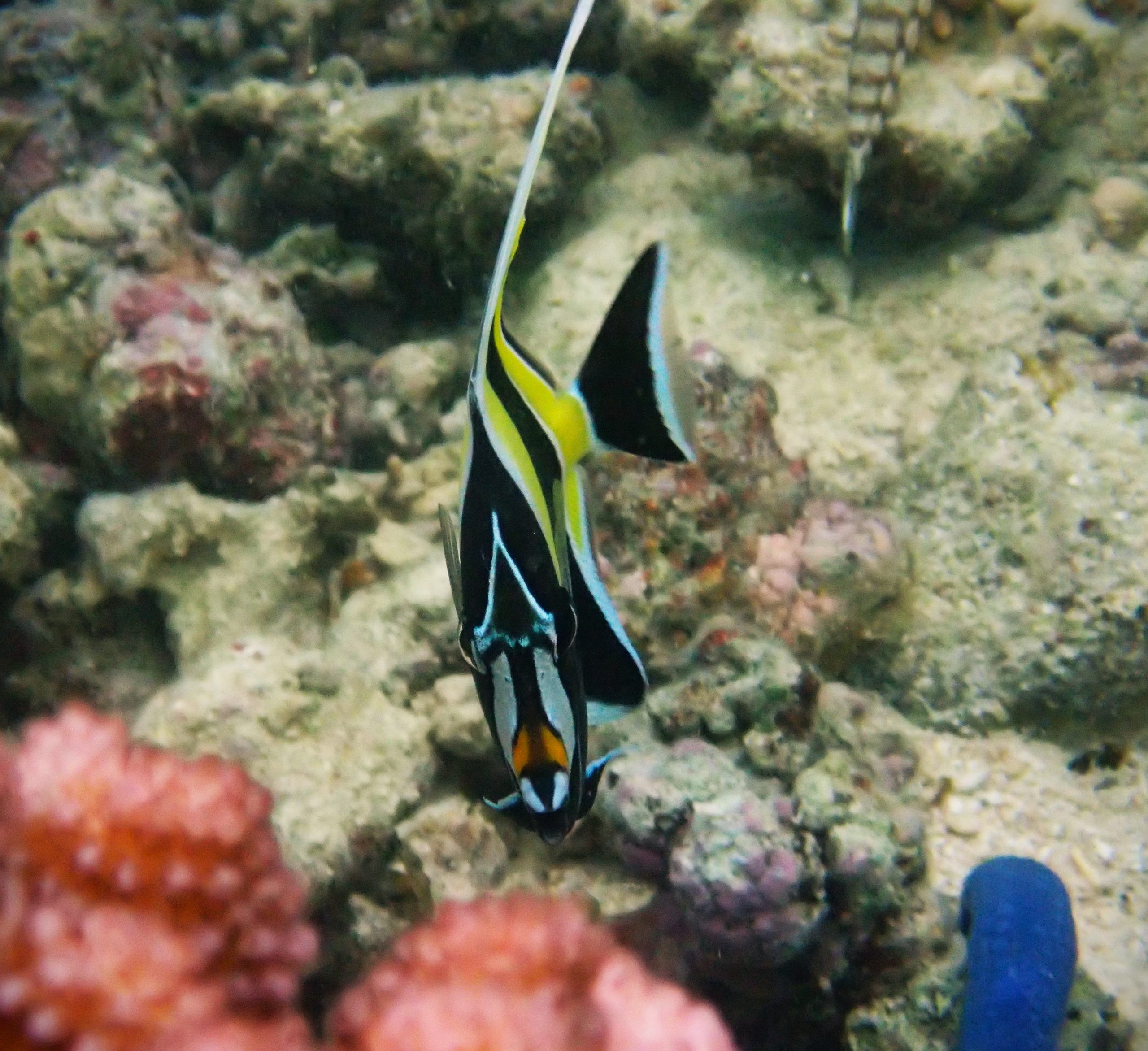 Posted at 20:24h in Uncategorized by Xavier Quinata 2 Comments
0 Likes

My biggest fear working in Natural Resource Management isn’t getting lost on a hike or getting attacked by a shark. It’s not knowing enough information. Not knowing the relevant information is a fear of mine because it means I won’t be as useful in the field as I might want to be. I could be a hindrance to the task at hand, I could do a procedure wrong, or I could identify the wrong species. Either way, it would be counterproductive to the goal of the park. Earlier this summer, that fear became a reality. As mentioned in my previous blog, the Natural Resources department needed to write up a protocol for conducting reef flat fish inventory surveys which meant that the entire marine team–including myself–needed to be familiar with the most common reef fish in the park…all 300 of them.

I’ve never taken an ichthyology class, nor do I have experience identifying fish, so this was all foreign to me. However, I wasn’t going to let that prevent me from losing my job. All I had to do was learn all 300 reef fish, what they look like, what their ID codes are, and how to spell their scientific names. Easy right?

We split up the extensive list of fish into three study sets and put them on Quizlet. I never thought I’d ever use Quizlet outside of school, but it was the only way I was going to memorize this much information in such a short amount of time. We studied each set and tested ourselves each week over the span of three weeks. Throughout this training period, I learned several things about these different fish species and learned little tips that helped me study them.

My favorite type of fish to study–and just overall–is the butterflyfish, more specifically those belonging to the chaetodon genus, because it’s so diverse, and each species has its own unique pattern that sets it apart from the rest. This made it quite easy study them, and it made it fun to spot them in the field because I just wanted to find them all. My least favorite to study would be the wrasses because they are also extremely diverse but fall under several different genera such as thalassoma, cheilinus, stethojulis, cheilio, and so much more. This was a double-edged sword because they were extremely difficult to memorize, but it made me happy that such diversity exists in our reefs.

When learning these different species, I picked up on a few tips that helped me memorize them. The first tip I learned from one of my fellow interns, Motu, was that the root words of some of the species names actually acted as descriptors of the fish. For example, if the species name had root words resembling fasciatus, lineatus, or, striatus, then that meant that the fish had some sort of banded or striped pattern on it. If the name had root words resembling stigma, punctatus, or maculatus, then the fish had a spot or spotted patterns on it.

There are so much more species to learn, and although my internship is coming to an end, I am determined to continue mastering them.