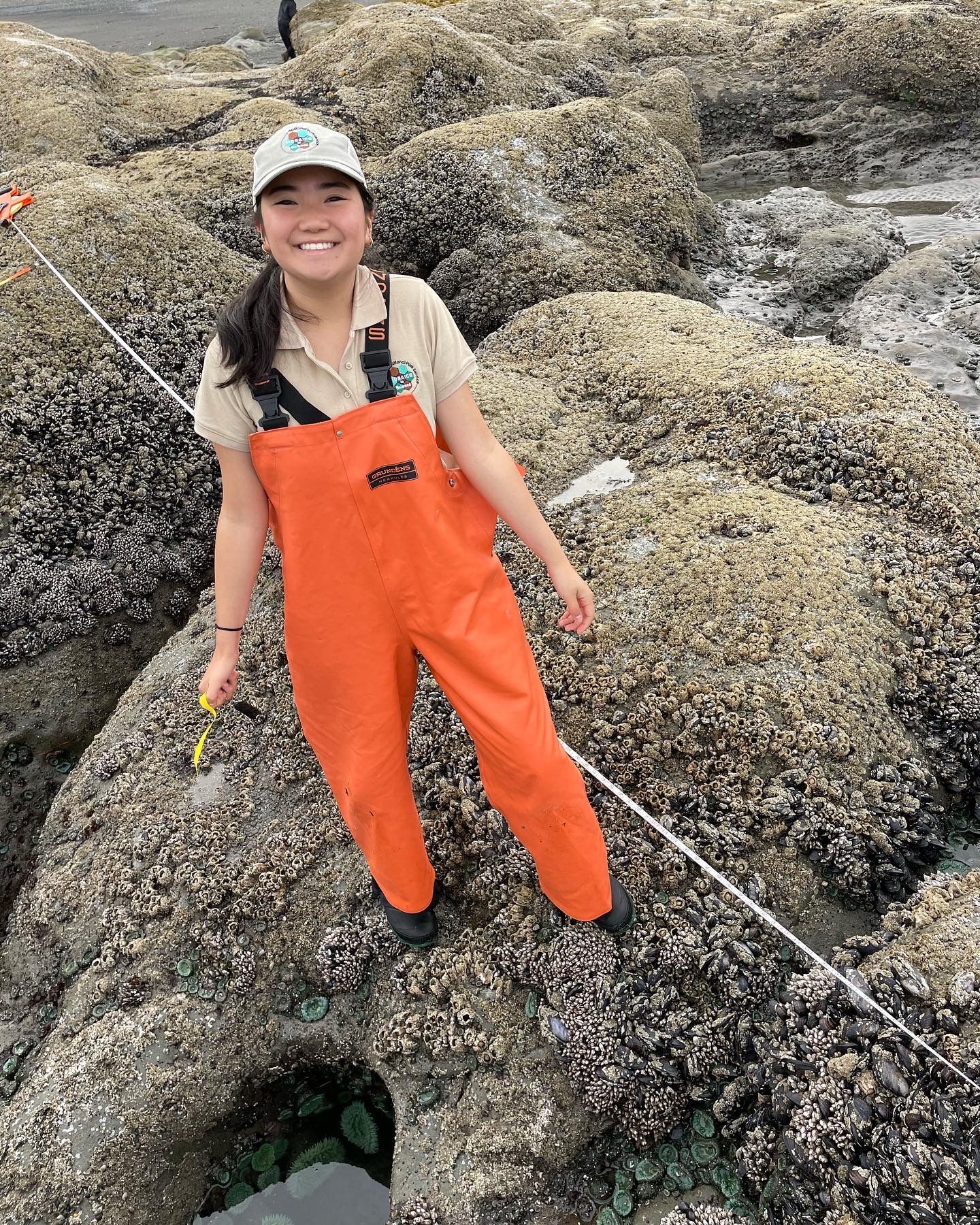 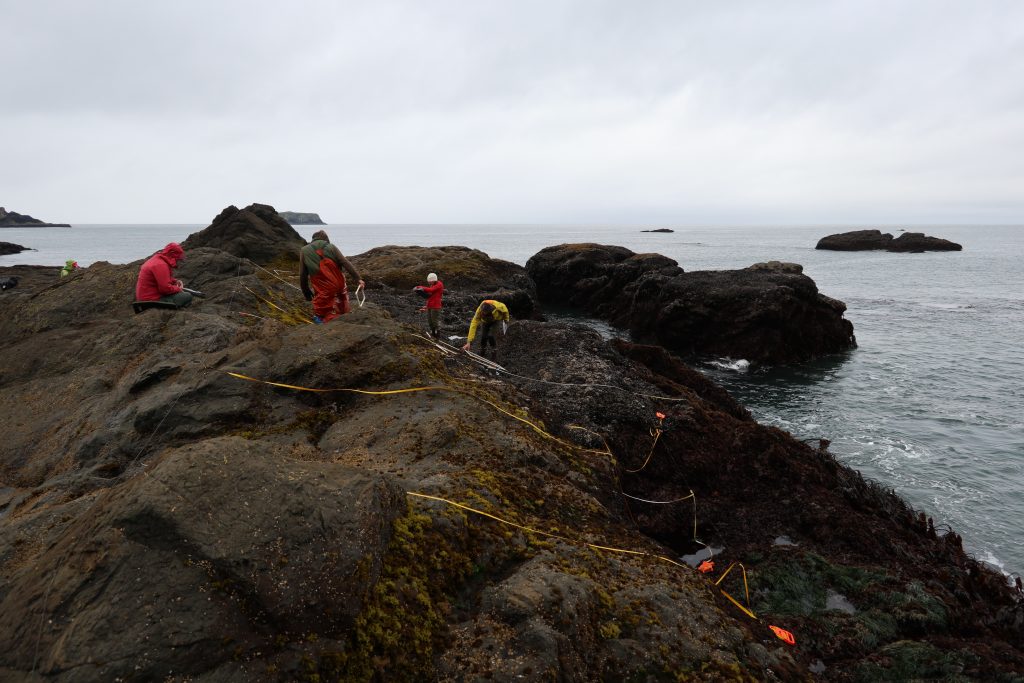 As Science Communication Assistant, my job this summer heavily focused on the “communication” aspect. On a few lucky days, however, I got to join the Natural Resources division team working on coastal inventory and monitoring. I joined them on two occasions for a species diversity monitoring project and sea star survey and on one occasion to gather and sample gill tissue from razor clams. Acting as a liaison between the “science” and “communication” parts of the park operation was very fun, even with the 4am starts to beat the low tide! 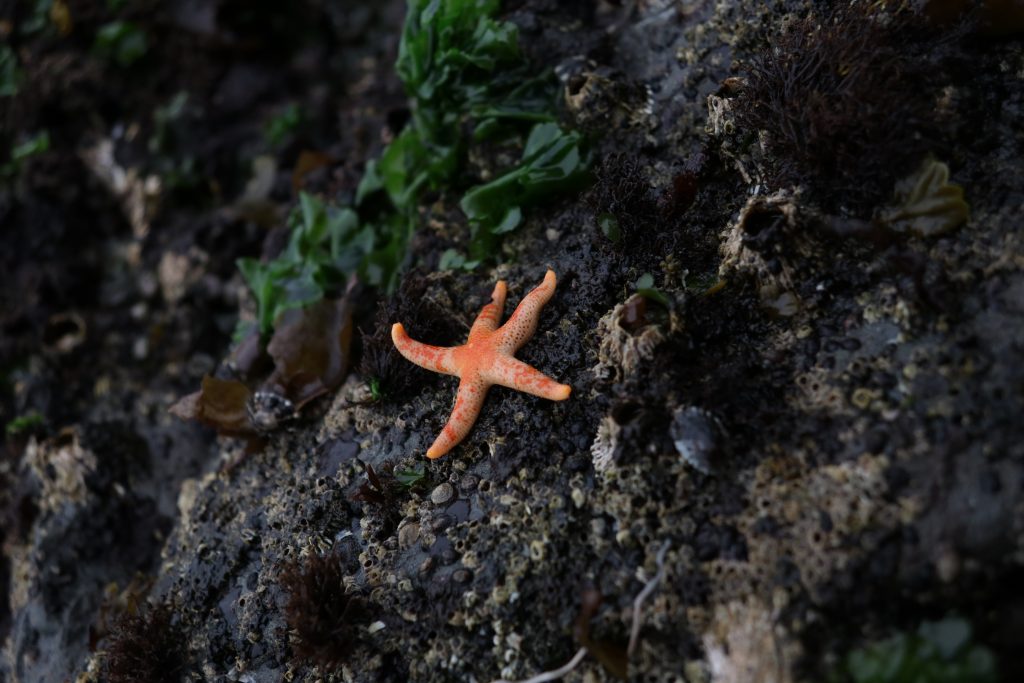 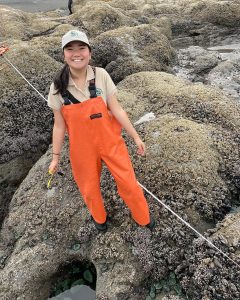 Left: a small blood sea star (about the diameter of a quarter); Right: Liza poses during an early morning of sea star surveys

While I studied at Hopkins Marine Station during my undergraduate and I have some familiarity with intertidal denizens, my Latin naming and species identification skills were a bit too rusty to be of help with the nitty-gritty of algae identification on the species diversity transects. Luckily, it turns out, the other project was counting and measuring sea stars within pre-determined tide pool plots as part of a dataset monitoring their decline on the Pacific coast. Suited up in my rubber boots and orange Grundens “bib” (read: clown pants), a 6-hour morning of surveying flew by.

I love to tell visitors that there are park scientists whose job it is to count starfish–a dream job indeed!

Razor clam dissection was quite a bit less glamorous, however.  Though I could not join the team for the collection portion due to COVID and safety concerns, I joined later as part of the assembly line carefully cutting open and removing gill tissue to send in for lab testing. Many razor clams are dying from a gill parasite, and the population in Kalaloch has been particularly impacted. Once the parasite is better understood and managed, hopefully visitors will be able to safely and legally harvest shellfish again in the National Park. 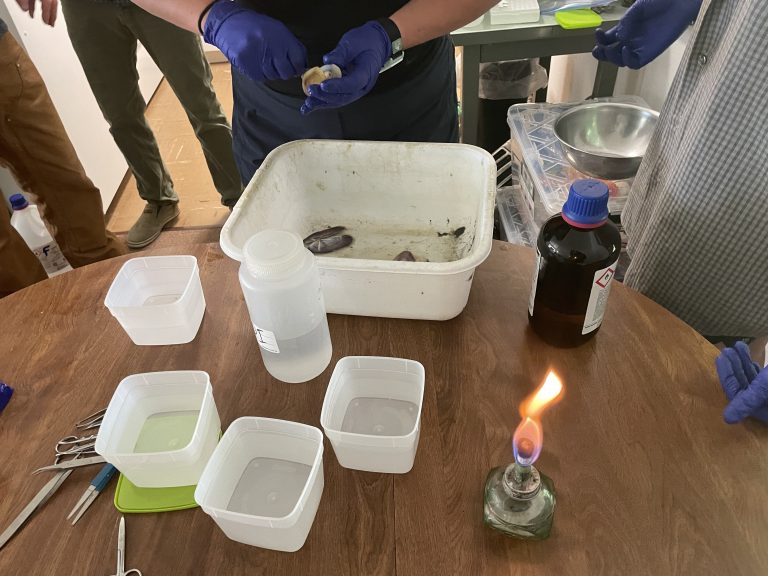