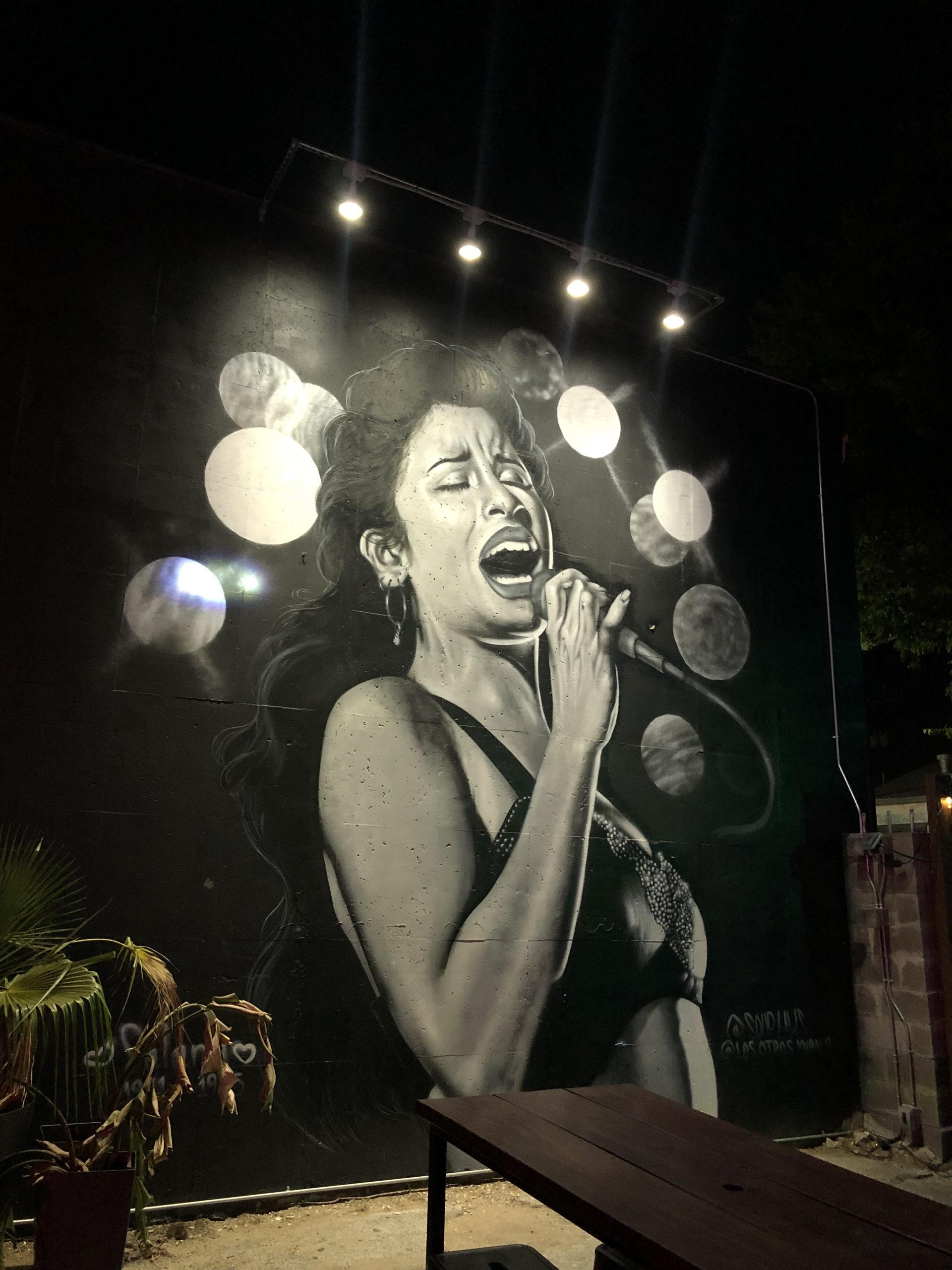 This past weekend, I was honored to give the first ever “Geology Tour” of the Mission walls for Latino Conservation Week. This week, San Antonio Missions National Historical Park will host a series of events and activities to highlight the passions and preservation efforts of and for Latinos and Latino culture as they relate to the outdoors.

Exploring the Latino culture here in San Antonio has been interesting as I explore the city and meet tons of people! There are certainly some differences between here and the Chicano culture in Los Angeles that I’m more accustomed to. For one, breakfast tacos are a pretty big thing in Texas; when back home in Los Angeles, I would just finish wrapping it and call it a breakfast burrito! But back to the more important stuff!

The tour I devised for my presentation during Latino Conservation Week set out to accomplish a few things. Mainly, I wanted our guests to think more about Geology and how this field of science affects our lives on a day-to-day basis, a fact that many tend to overlook. From the mineral and energy extraction practices we rely on to keep our lights and technology running to the groundwater we need to survive, geology is far more than “just” rocks. On top of this, my tour set out to relate geology to the park, which was far more apparent. The Missions’ walls were constructed hundreds of years ago by Spanish settlers and Coahuiltecans, some of whom hoped to find refuge from Apache invaders. They used the exposed sandstone and tufa limestone outcrops immediately available to them to construct the Missions themselves. Still, even before that, the first inhabitants would use flint, a dark derivative of chert, to build their arrowheads used for hunting.

Understanding why people began to settle in this area and construct the Missions, as well as why San Antonio is the city that it is today, is to understand the impact of geology on our lives. The evolution of San Antonio can be attributed to the presence of groundwater and the San Antonio River. The groundwater that the millions of San Antonians rely on comes from the Edward’s Aquifer, a massive limestone formation underneath our feet that allows for water storage. Every rock that makes up the walls of the Missions holds with it its own story. Due to these limestone and sandstone rocks, we know that an inland sea once covered the state of Texas, as I’ve mentioned before, and much more. A snapshot of the past can help us understand our present. So I will continue to conserve our heritage in whatever way I can. Happy Latino Conservation Week!