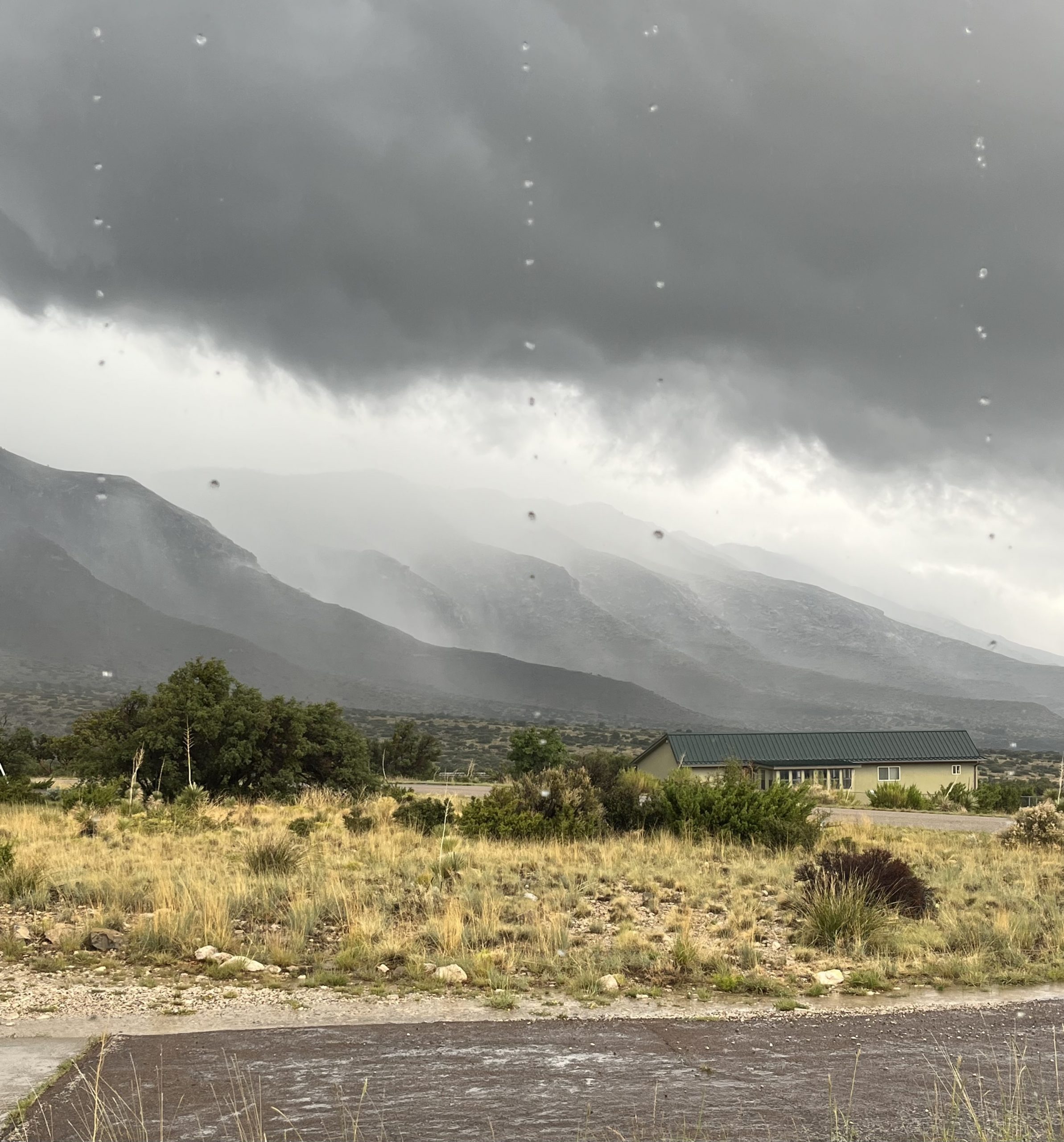 14 Sep Like Looking for a Cactus in the Desert

Posted at 11:42h in Uncategorized by Ivan Bossert 0 Comments
1 Like

It rains here! They say monsoon season is here, and, as you can see above, the mountains can even make a rainy day look good.

I finally deployed my final recorder a few weeks ago. Since then, I’ve been hiking all over, doing regular maintenance on the recorders and getting lots of raw data. I’ll be starting to analyze it very soon, but for now I’m still getting the hang of the sound software that can dig through it all. In the meantime, satisfy yourself with these pictures of things that aren’t owls.

I took a trip for a day to another nearby NPS location, the Fort Davis National Historic Site. There was a team there doing acoustic monitoring like me, but for bats and all types of birds. It was good to see and learn from others doing similar work. The day I was there, they were collecting all their recorders for the first time to analyze their data and see if the program was repeatable (in the hopes of expansion and future use). Since this is in the early stages, the team had to write their own code that could identify birds by their song and isolate that part of the recording for review. I was impressed, but also a little chagrined to learn that biologists do use coding in the real world, so my professors were right to make me learn it (however painful it was at the time). Man. I got over it though, and was able to enjoy exploring a new park. I even saw some barbary sheep keeping watch from above.

Another day there was a vegetation crew from the Bureau of Land Management. Their goal: find Sneed’s and/or Lee’s Pincushion Cactus. The cacti are endangered and also going through a classification cleanup (are they different species or not?). They’re also very small. I spent the day with the crew snooping around trying to find some, and we weren’t disappointed. Smaller than I expected, it was hard to tell the difference between them. However, a young Lee’s has tiny little “hairs” on its spines (needles), while Sneed’s doesn’t. The tiny little hairs on a tiny little spine of a tiny little cactus are to small to see with the naked eye, so we used a magnifier with a light in it that seemed built for the job.

Like I said, the owl sounds will come soon. Until then, I’ll be on grind mode.