Chasing the Ghost of the Forest 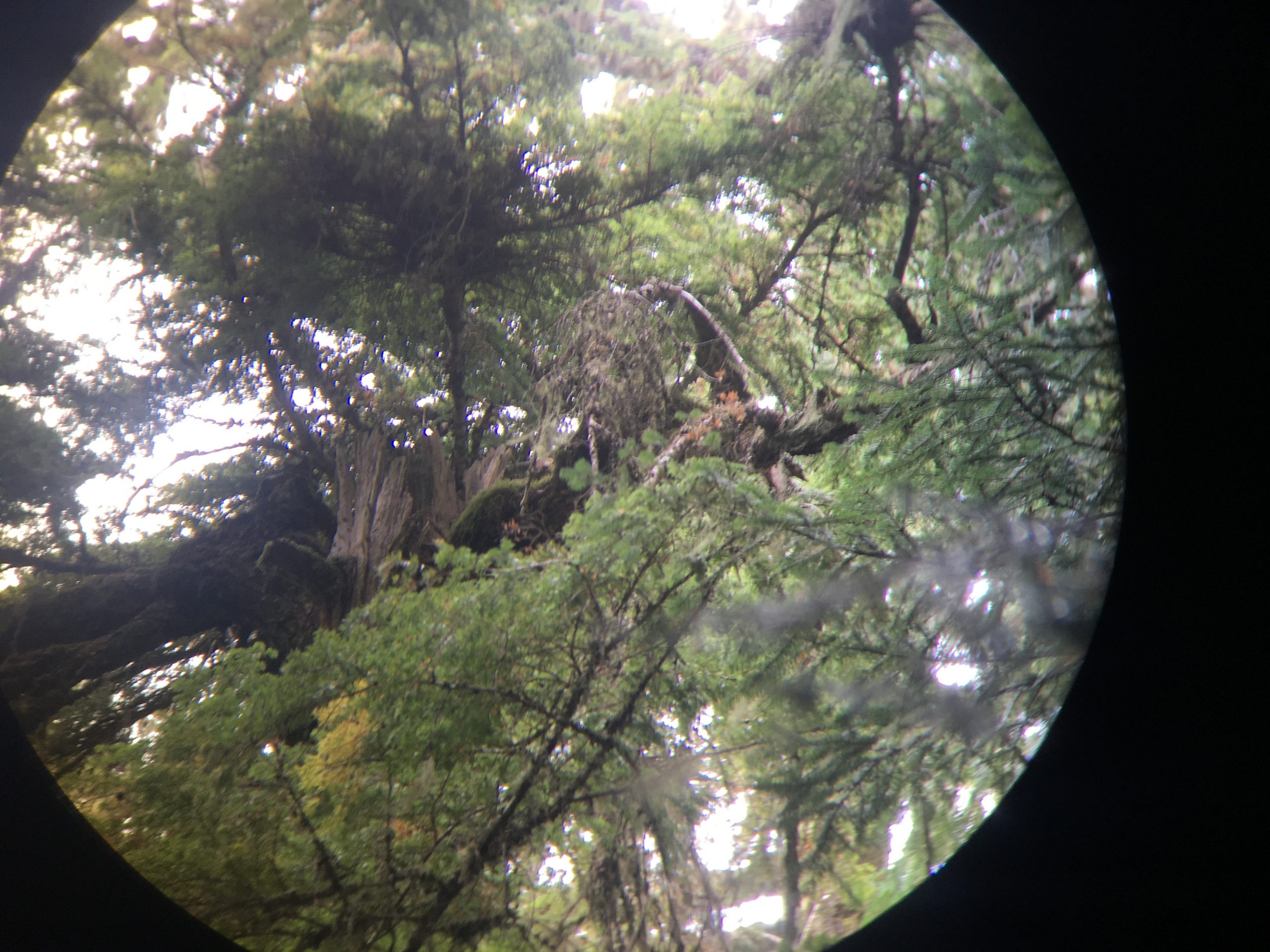 02 Oct Chasing the Ghost of the Forest

Today’s story doesn’t start at Mount Rainier National Park. It begins in Utah, at Zion National Park, many years ago. I was pretty young, but already obsessed with nature, especially birds. In particular, it was my dream to see my first wild Peregrine falcon. Thanks to help from a kindly park ranger, this dream became a reality one morning when I woke up at dawn to lie in a dry creek bed and watched a pair of young falcons showing off their aerial agility above me.

I thought that this would be the extent of my Zion wildlife observations, but a few days later I saw another type of bird for the first time. I was climbing down a cliff with my parents (which, given my age, basically involved me being lowered on a rope like a sack of potatoes) when I saw some movement in the nearby bushes. As I reached the canyon floor first, I waddled behind some boulders to investigate. Sitting on the sandy floor in front of me was some kind of bird. It had fluffy brown plumage, sharp claws, and about the biggest eyes of any bird I’d ever seen before. It flew off a second later, but the image of its wild features stayed with me for years to come. It was only later that I learned I’d had my first (and so far only) interaction with a Spotted owl.

As the years have passed, my various field work and ornithological endeavors brought me to several other places where Spotted owls live, but I was never fortunate enough to see one again. This current job is my first experience with Spotted owl research. Although I haven’t yet been fortunate enough to see one at Mount Rainier, the work I’ve been helping with has taught me so much about these ghosts of the Pacific Northwest.

You may be wondering why I haven’t been able to see a Spotted owl at Mount Rainier. Are the owls rare? Yes. Are the owls more sneaky than they used to be? Quite possibly. Am I an incompetent birder? I really hope not! The story of Spotted owls in the Pacific Northwest is a complicated one, involving habitat loss through logging, direct human conflict, and interspecific competition. The population within the boundaries of Mount Rainier National Park currently has fairly little to fear from logging or humans (although, like most wildlife, car strikes are an ever present danger). Currently, it seems like the primary challenge for my park’s Spotted owls is actually another species of owl: the Barred owl.

Barred and Spotted owls are closely related and are able to hybridize. Historically, Barred owls have been primarily restricted to the East Coast of North America, while Spotted owls have stayed on the West Coast and the interior of the continent. These two species were traditionally separated by the tree-less expanse of the Great Plains region. As forest dwelling birds, neither species of owl was able to travel through habitat lacking trees for roosting, hunting, and breeding. However, urbanization in the Great Plains meant more homes, more ornamental planted trees, and more owl habitat. It wasn’t long before Barred owls were able to travel west-bound through this new habitat corridor and invade the Pacific Northwest. Slightly larger and more aggressive than Spotted owls, Barred owls soon began disrupting native owl populations. By driving Spotted owls off of their territories, Barred owls were able to take over prime habitat, while Spotted owls were prevented from successfully reproducing. Over time, this led to a crash in the Pacific Northwest’s native Northern Spotted owl subspecies. At Mount Rainier National Park, the Spotted owl population has plummeted, while detections of Barred owls have increased. This decline has continued to the point where last year there was only a single Spotted owl confirmed to still be living within park boundaries.

So here’s where I come in. As Northern Spotted owls are listed as Threatened on the Endangered Species Act, Mount Rainier National Park monitors its Spotted owl population during the breeding season to determine how many owls are still in the park. This year, my crew is using a hybrid approach to owl monitoring. In the past, the majority of monitoring work has involved demographic callback surveys. This required a field team to visit historical owl territories and play owl calls to see if anyone was in residence. This year, we’re also using a large number of autonomous recording units (known as ARU’s). ARU’s are basically small plastic boxes with a microphone and recorder. Think of a trail camera, but one that collects sounds instead of pictures. ARU’s are deployed in the field at the beginning of the season, and record audio until they are retrieved several months later. Hopefully our deployed ARU’s will record any sneaky Spotted owl vocalizations that might be going on at Mount Rainier when the field crew isn’t around!

In addition to helping out with demographic callback surveys and ARU deployment and retrieval, I’ve been able to spend time resurveying historical Spotted owl nest trees. Spotted owls primarily nest inside cavities in large, old-growth trees. Although we have the locations of historical owl nests, many of these nest trees haven’t been visited since they were last occupied. In some cases, over two decades have lapsed since anyone has examined these trees, and they might be dead or fallen. Along with my coworkers, I’ve been revisiting all these old trees to gather data before they decompose and vanish forever.

In between my owl adventures, I’ve gotten the chance to join a few other crews at Mount Rainier to learn about what other interesting research is happening at my park. This past week I got the chance to join the Aquatics team for some electrofishing! For anyone who’s never gone electrofishing (or e-fishing as it’s sometimes called), the basic premise involves sending a weak current of electricity into a stream, which temporarily stuns any nearby fish. If done properly, fish become stunned and disoriented for a second or two, which is hopefully enough time to scoop them up in a net. This allows researchers to catch fish fairly easily in complex habitats with lots of hiding places. After necessary measurements and samples are taken, the fish are free to return back to their stream none the worse for wear (although probably with some crazy stories to tell their friends!).

In addition to seeing a bunch of beautiful Cutthroat trout, I got to see several interesting species of amphibians who share the same aquatic habitat.

The highlight for me was definitely seeing my first Pacific giant salamanders. Initially, we only saw juveniles that were about 4-5” (still huge for salamanders in my eyes). About halfway through our survey, however, one of my crew mates netted what we thought was a fat trout. Imagine our surprise when we realized it was a huge purple salamander!

This photograph really doesn’t do the salamander justice! About a foot long, it was as thick as my wrist and had the most beautiful mottled skin. We were interested to observe that it only had three legs, so we quickly released it to hopefully regrow the missing limb. What an epic dinosaur of a creature! It’s crazy to think that this will be my second-to-last blog post. This field season has gone by incredibly fast, and I feel so lucky to still have another month to go. See ya later!